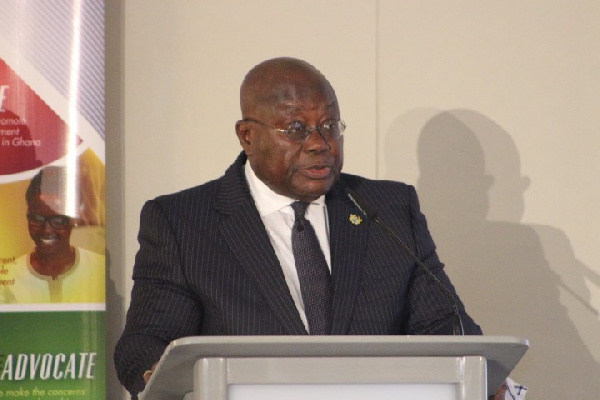 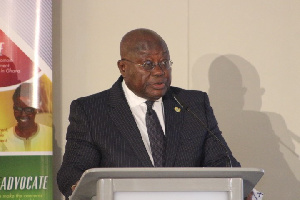 Flagbearer of the New Patriotic Party (NPP), Nana Addo Dankwa Akufo-Addo has urged residents of Asokwa in the Ashanti region to reject any independent candidate contesting the elected parliamentary candidate on the ticket of the NPP, Patricia Appiah Adjei.

He explained that he cannot work with any independent candidate hence, the need for voters to choose Madam Adjei over the others.

During his campaign tour in the Ashanti region, the NPP flagbearer said, “I am your President and the leader of the party. I cannot work with any independent candidate. I can only work with Patricia Adjei, the elected candidate.”

It would be recalled that months ago, the former Member of Parliament for Fomena, Andrew Amoako Asiamah decided to go independent after he lost the NPP primaries.

President Akufo-Addo, among other NPP bigwigs advised Mr Asiamah to rescind his decision but it fell on deaf ears.

President Akufo-Addo indicated that his breakaway from the party was unfavourable as well as it will have dire consequences on him.

Calling on chiefs in the region to speak on the issue, Akufo-Addo said, “You need to speak to him. The decision will not help him. It will also not help you. He will not profit from it and it will not be profitable to me, because I am an NPP member, and I work with NPP people. In future, by the grace of God when I still have the power, it is NPP people I will govern this country with.”

The sacked MP, however, stuck to his words and is currently standing as an independent candidate in the upcoming December polls.