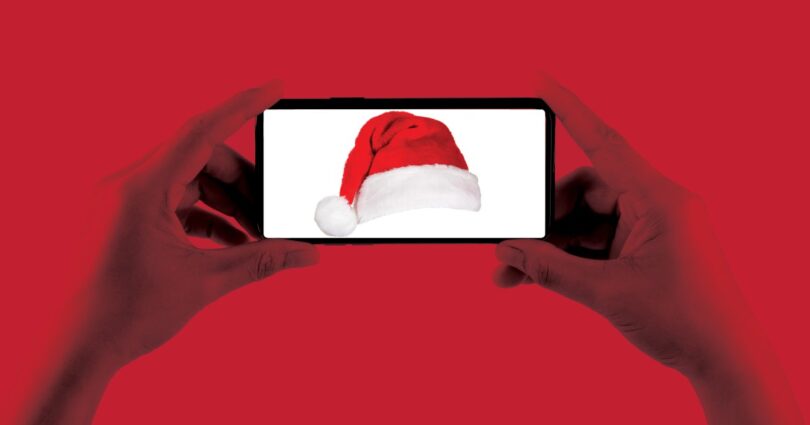 Of all the Christmas traditions upended by pandemic-era safety protocols, perhaps none has been affected as profoundly as the time-honored ritual of sitting the little ones down for a photo with Santa Claus.

But Saint Nick is as ingenious as he is jolly and, with the help of shopping-center trolleys, farmhouse tables and at least one whale-watching boat, there’s no shortage of opportunities across the Southland to snap a photo with — or, at least, in close proximity to — the jolly bearded man in the festive red suit. Here are a few places to find him before he takes the last sleigh out of town on Dec. 24. (Since efforts to control the transmission of COVID-19 may change what businesses are open or closed during the holiday season, check before you trek to make sure Santa’s still on deck.)

Although the shopping center is forgoing its traditional Santa experience for the sake of safety, we have it on good authority that Kris Kringle is planning the occasional pop-in to the Beverly Center’s Winter Wonderland (at the 3rd Street entrance), where he’ll pose in his sleigh for a socially distanced and completely contactless photo op with guests who will be able to capture the moment using their own cameras. He’s going to be plenty busy, though, because the mall has also tapped him to make house calls as part of its new, limited-availability Santa on the Go program, a one-on-one interaction (packages start at $50) that has the jolly one showing up at your door (no one really does chimneys any more) to drop off a gift item purchased from one of the center’s retailers or restaurants. Beverly Center, 8500 Beverly Blvd., Los Angeles

This outlet mall just off the Santa Ana Freeway southeast of downtown L.A. has come up with a novel — and downright homey — way to have a sit-down with Santa. This year, the big man will wear a mask and sit at a farmhouse-style table across from visitors who can chat and take photos with him while separated by a plexiglass shield. Offered on a first-come, first-served basis, the photo op is free with the option of having a professional photographer do the honors for $17.95 for a single print, $22.95 for a print and digital download option and $6.95 for each additional print. Saint Nick will be on property from noon to 8 p.m. weekdays and 11 a.m. to 8 p.m. on weekends — until 8 p.m. Dec. 23, at which point he heads back to the North Pole to ready his sleigh for the big night. Citadel Outlets, 100 Citadel Drive, Los Angeles

Don Hansen started offering holiday season boat rides around Dana Point Harbor with Santa Claus — with proceeds going to local charity groups — in 1974, and his family continues the tradition to this day. This year, due to concerns about the pandemic, the 20-minute boat rides are being offered just one day — Dec. 5 — from 10 a.m. to 2 p.m., with passenger capacity on the whale-watching boat the Dana Pride capped at 65 (as opposed to the usual 149). Children will be able to chat and interact with Saint Nick (including having their photos taken from a safe distance), but there will not be any direct contact. Reservations are required, and tickets cost $5, with this year’s proceeds benefiting Soroptomist International of Capistrano Bay. Dana Wharf Sportfishing & Whale Watching’s Boat Ride With Santa, 34675 Golden Lantern, Dana Point

Santa and his helpers will all wear masks and observe social-distancing rules during the Lights. Camera Santa! photo opportunity that runs through Dec. 24 at this Torrance mall. Reservations for a 15-minute time slot are required at $34.99 to $49.99 (depending on the photo package purchased). Del Amo Fashion Center, 3525 Carson St., Torrance.

The pandemic may have forced this outdoor shopping center to put the kibosh on its always popular photo with Santa offering (traditionally held in a delightfully outsize gingerbread house), but that doesn’t mean der Kringle is totally MIA this season. Timed to coincide with the center’s twice-nightly (7 and 8 p.m.) snow flurries, the jolly one will be ferried through the Grove aboard a trolley so that he will be able to greet visitors from a safe distance through Dec. 24. Given the leisurely pace of the trolley, you should be able to snap more than a few Insta-worthy images as he rolls past. The Grove, 189 the Grove Drive, Los Angeles

Being magical and all, Santa Claus can be in two places at once. In this case, that would be at the Grove’s sister property in Glendale, where he will also appear via trolley nightly at 7 and 8 p.m. Americana at Brand, 889 Americana Way, Glendale

Father Christmas is scheduled to take up residence Dec. 4 through Christmas Eve in Santa Monica Place’s Center Plaza, where he’ll be available for contactless visits with all the good little boys and girls (well, at least the ones who wear their masks and observe social-distancing rules). Although walkups are free and will be accepted on an as-available basis, reservations for a 15-minute time slot (which requires purchasing a $39.99 to $49.99 photo package) are strongly encouraged. Additional information and a link to make reservations can be found at SantaMonicaPlace.com/SantaPhotos. Santa Monica Place, 395 Santa Monica Place, Santa Monica

This high-end Orange County shopping center is offering two bites at the Santa photo-op apple. The first is Around the World With Santa, which has the man of the season astride his sleigh against a wintery backdrop — and behind a glass wall. It’s a setup that gives visitors the opportunity to use their own cameras to photograph their kids (or themselves) in front of the glass with Saint Nick essentially photobombing in the background. The other is Santa’s Outdoor Wonderland, which involves a professional photographer capturing your child’s moment with the jolly one in a rustic winter forest setting with Santa behind a plexiglass screen and the young ones seated on a bench just in front. Appointments for the latter are available on a weather-permitting, first-come, first-served, in-person basis only (you’ll get a text when Santa’s ready for your closeup), and photo packages range from $15 to $51. South Coast Plaza, 3333 Bristol St., Costa Mesa

During the first two weekends of December, you’ll find the keeper of eight tiny reindeer stopping by this Ventura County farm center to make merry — and make himself available for keepsake photo opportunities. Santa will be on a raised platform, and guests will sit in front of him — and a safe six feet away — for photos you take with your own camera (a tripod will be available for group photos and sanitized between visits). A helper elf will be on hand to assist with photos. Dec. 5, 6, 12 and 13 from 11 a.m. to 4 p.m.; visits are free with $8 per person farm center admission fee. Christmas on the Farm at Underwood Family Farms, 3370 Sunset Valley Road, Moorpark

This mall’s Safe Santa Photos program, which runs through Christmas Eve, doesn’t come cheap — tickets are $55 (Monday through Wednesday) and $65 (Thursday through Sunday) for a 10-minute slot. But the tradeoff is a full-fledged holiday adventure that involves solving a riddle, fixing a navigation system, spinning a wheel and trekking through a pine forest to find the big guy kicking it in his magical carriage. There’s no professional photographer on hand to capture the experience, but you’ll have plenty of opportunities to take your own photos — including with Santa safely ensconced in his magical carriage — at the end of the adventure. Other L.A.-area Westfield properties including Topanga and Culver City have Santa-photo setups similar to (and run by the same company) as those at Del Amo Fashion Center and Santa Monica Place and described above. Westfield Century City, 10250 Santa Monica Blvd., Los Angeles