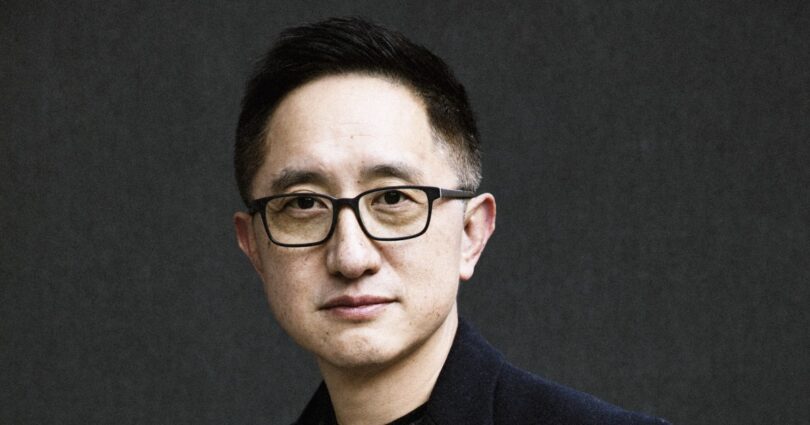 As a documentary filmmaker, Hao Wu has focused throughout his career on smaller, character-driven stories that bridge the divide between his native China, where he grew up, and his adoptive home in America. In 2013’s “People’s Republic of Desire,” for example, Wu followed three young Chinese people as they pursued internet fame through live-streaming, while his 2019 Netflix film “All in My Family” chronicled his tradition-minded parents’ road to accepting his homosexuality.

When he was first approached in February about making a film about the growing COVID-19 pandemic, Wu wasn’t sure how to approach such an enormous, headline-dominating subject. “Normally I tend to shy away from newsy topics,” he says. “As a filmmaker, I don’t know what more I could add to a topic that’s being well covered by the news media already.”

Based in New York, where he lives with his partner and their two children, Wu began reaching out to reporters and filmmakers on the ground in Wuhan to find out what they’d been seeing. Poring through footage from overrun hospitals where healthcare workers heroically struggled to save as many lives as they could, and reflecting on his own family back in China — including a dying grandfather he was unable to visit due to travel restrictions — Wu quickly realized that even this massive, globe-shaking story ultimately boiled down to the sort of intimate human drama that had always fascinated him.

The resulting film, “76 Days,” offers an alternately harrowing and inspiring look inside four hospitals in Wuhan during the country’s 2½-month lockdown as it became the world’s first COVID-19 epicenter. Co-directed by Wu and two Chinese filmmakers — Weixi Chen and a state-run-media reporter who is remaining anonymous so as not to run afoul of the government — the film premiered in September at the Toronto International Film Festival and will be released Dec. 4 in more than 50 virtual cinemas nationwide, including Laemmle Theaters in L.A.

Dispensing with interviews with experts and commentators, “76 Days” instead zeroes in on a handful of individuals as they navigate the crisis, including a healthcare worker comforting an old woman who is dying alone, a young couple who have been separated from their newborn baby and a weary nurse returning the cellphones of deceased patients to their grieving families.

The Times spoke with Wu about how the film came together, what it reveals about China’s handling of the pandemic and the messages he hopes viewers take away from it.

Throughout the making of this film you were in the U.S. while your co-directors were shooting footage in Wuhan. To this day, you’ve never met them in person. How did that collaboration work?

I’d been following the news, but by mid-February, very little video footage had come out of Wuhan. So when I started talking to reporters and filmmakers to see whether they would share what they’d been filming, my co-directors’ footage really jumped out at me. It was so striking to me that they were able to be so close to the action, to the human drama, the fear, the panic, as well as the patience of the medical workers and their efforts to comfort the sick. I talked to them and they were very gracious and started uploading their rushes.

Every day after their shoot, they would back up their footage onto the cloud and I was able to download it in New York. But because of the Great Firewall [regulating internet access in China], there was always a few days’ delay. Once I watched the rushes, I would try to talk to them at least every other day to discuss where they were at with certain characters. I tried to give them some advice about character focus and about coverage, but in general they made most of the decisions on the ground themselves because the situation was changing really fast. Whatever character we think is interesting might be transferred the next day to a different hospital or might refuse to participate. It was very chaotic.

This movie is entirely free of politics. There are no talking heads commenting on the Chinese government’s handling of the crisis, just footage from the front lines. Was that a conscious decision early on?

As I started editing, my view about the politics shifted. At the beginning, I think the entire country of China was angry at the government. There were a lot of questions about how much did the government know, how much did it try to cover up, why was the situation so bad in Wuhan? But as soon as the virus traveled to other countries, especially the U.S., and as the U.S. fumbled its response to the pandemic, everyone in China was shocked.

Once China decided to take this super seriously, it quickly got it under control. Right now in China, their lives have gone back to normal. Movie theaters, restaurants, bars — everything has reopened. But here we just struggle with no ending in sight. That made me think more about my earlier intentions.

We did interview some whistleblower doctors who told the public about the early cases of the coronavirus. But by the time we approached them their stories were not that fresh anymore and on camera they were not compelling. When we put them next to the other footage it was jarring. So in the end I removed all these other characters. I found that less is more, the less I tell about what is happening and just let people observe, the more emotional power the film has.

As someone who grew up in China and has lived in the U.S. for many years now, do you see cultural differences between the two countries that help explain how differently the pandemic has played out in each place?

First of all, the reason I made the film this way is I saw more similarities than differences in many places. At least during the Wuhan lockdown, everyone treated the virus as a common enemy almost like in a war, and people rise to the occasion in a time of war. I think that’s something we’ve seen everywhere: how healthcare workers have had so much courage to stay on the job, how volunteers are helping each other out, how we all cheer our medical workers like we did every day in New York back in March and April.

In terms of differences, I don’t like to try to generalize, but I’ve been thinking about this issue a lot. I’m not a historian or a political commentator, but I feel like the relationship in China between the people and the state has always been different. In Chinese Confucian history, the state has always been acting sort of as a patriarch, so in times of crisis when the state asks you to do certain things people follow orders. That’s not limited to China; if you look at all the East Asian countries which have been under Confucian influence — Japan, South Korea, Hong Kong, Singapore, Taiwan — they’re all like that. Here in America, there is a strong belief in individualism.

In World War I and World War II, the American government was able to mobilize the entire population to combat a common enemy. But this time I feel like it’s both the culture and a failure of leadership at the very, very top. I do feel like if we had a different administration and that administration was using consistent messaging and reminding the population we’re at war with the virus, maybe we would have had a completely different outcome.

From early on, we’ve seen President Trump and many of his supporters blame China for this pandemic and call it the “China virus.” Is part of your aim with the film to push back on that and get viewers to see the Chinese people in a different light?

Any message like that is secondary because as a storyteller, as I was putting the film together, the motivation was emotional. It’s really about highlighting the common humanities. If anything, I feel like especially in the last couple of years with the increasingly toxic China-U.S. relationship, both sides tend to view the other side as just a monolith. We take away the individuality and agency of the individuals.

When we’re talking about “China virus” and “they started this,” we put that on the entire population of China as a whole. But on the ground there are so many individuals making decisions on a day-to-day basis whether they want to be part of the effort to combat the virus, whether they can be nice to each other — those are tiny, tiny decisions. So with this film I wanted to restore the human agency for these Chinese people who were trying to survive this. Otherwise they become like statistics and news headlines.

Secondly, I just want people to watch this and see that COVID is still really bad. I cannot believe there is still discussion going on even after the election about whether COVID is a hoax or not. Even right now with our third wave going on everywhere, people still think a mask mandate is a conspiracy theory. People’s willingness to disregard science baffles me. So hopefully I can do my tiny little part to show how bad this pandemic truly is.

There are a number of scenes in “76 Days,” like sick people banging on the door to be admitted to a hospital that is being strained to its limits, that play like something from a horror movie. With the pandemic now entering its most dangerous phase, do you think this film may feel too raw for some viewers?

The reactions so far overall have been the same: Most people would say, “I have no interest in watching a film about COVID.” But after they watched it, they were either shocked or incredibly moved. That reaction has been extremely common.

For me, to be able to finish this film given all the hiccups and obstacles in making it, whatever comes I’m happy. I feel like I want to save this for posterity. This is such a great front-line, firsthand document about what it’s like leading to a pandemic. So maybe more people will watch it after the pandemic is over. I’ll be very happy with that as well. I’ll be very pleased if a year or two years or 10 years from now people seek this film out to try to understand COVID-19.