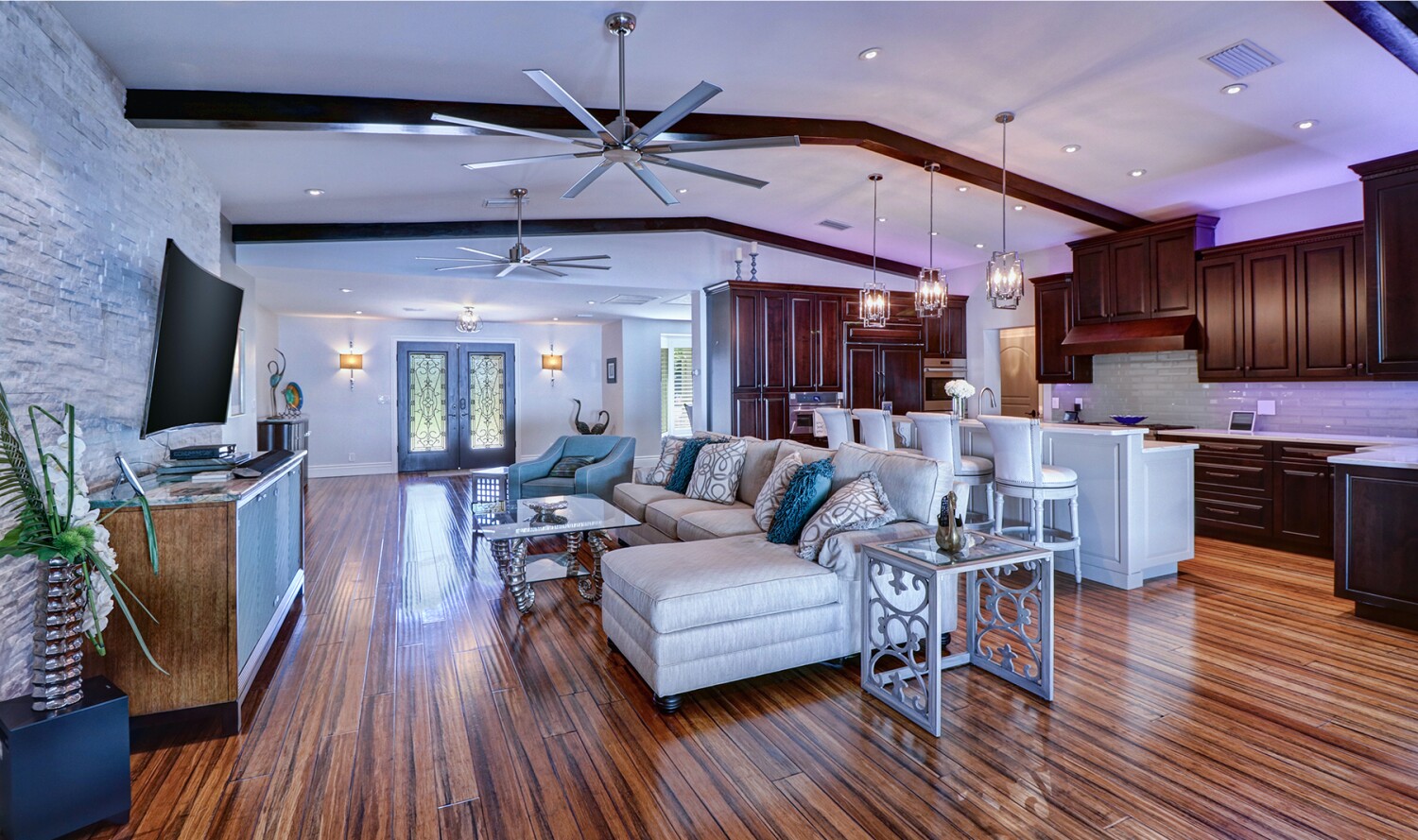 That was fast. Chaim Bloom, chief baseball officer for the Boston Red Sox, just sold his home in St. Petersburg, Fla., for $1.17 million, finding a buyer less than a week after listing.

The remodeled ranch-style house is a short walk from the water on Snell Isle outside Tampa, Fla., where Bloom spent the last 15 years as an executive with the Tampa Bay Rays. His stay was a short one, however; records show the executive paid $1.025 million for the place in early 2019, before joining the Red Sox later that year, and put it on the market last month.

A semicircle driveway approaches the single-story home, which was turned from tan to white during Bloom’s stay. Through double doors, it opens to an open-concept floor plan sandwiched between hardwood floors and beamed ceilings.

Highlights include a living room with a stacked-stone accent wall and a chef’s kitchen with custom cabinetry and a tiered island. Five bedrooms and 3.5 bathrooms round out the 2,853-square-foot interior.

Sliding glass doors open outside, where a fenced patio holds a swimming pool, a spa and a gazebo. The grounds cover about a quarter of an acre.

Bloom, 37, joined the Rays organization in 2005 and worked his way up to Vice President of Baseball Operations before joining the Red Sox as Chief Baseball Officer last year.