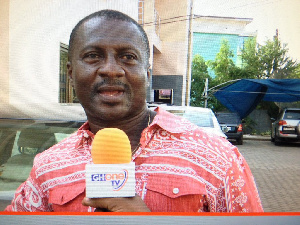 The vice-chairman of the MTN FA Cup competition, Kofi Poku has advised the Ghana Football Association to shelve any ideas of recruiting an expatriate to take over the reins of the Black Stars.

The GFA is currently searching for a new head coach for the Black Stars following the expiration of Kwesi Appiah’s contract in December.

There have been suggestions that there isn’t a competent local coach capable of leading the Black Stars and thus the GFA should make the bold financial decision to hire a top-notch expatriate coach to lead the senior national male football team.

But Kofi Poku feels the subject of a foreigner shouldn’t appear in the discussions in the first place. According to him, he sees no reason why we will hire a foreigner to steer the affairs of the Black Stars, describing that notion as a ‘stupid idea’ which only proves that those in charge don’t know the direction they want to take our football to as a people.

“It sounds very stupid in my ears for us to sit in this country and ask for a foreign coach for our national team. It tells you that you don’t know your left from the right,” he told the Kumasi based Nhyira FM.

He further argued that, if we are so obsessed with foreigners taking up leadership roles because we think they are competent than the indigenous people then we must as well go in for a foreigner as our head of sate as the responsibility is bigger than being the Black Stars coach.

” If you say we should bring in a foreigner to handle our national team, then our Head of State must also be a white man because the job is bigger than a coach,” he added.