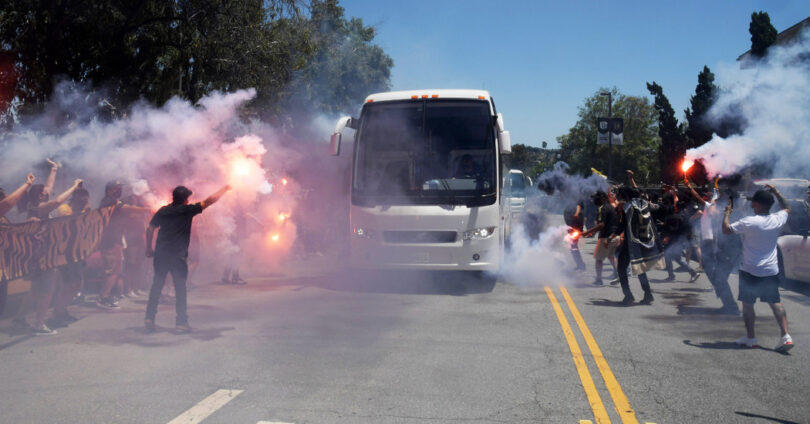 What’s being done for safety?

Players were tested for the virus before arriving, and testing, both exhaustive and expensive, will continue during the tournament. Players and staff on the bench for games must wear masks. Exchanging of jerseys and kissing the ball will be forbidden. And “players, coaches and officials are asked to exercise care when spitting or clearing their nose,” the league’s protocols say.

Will teams be motivated for the new event?

There are several incentives for teams to do well in the new tournament. The three group stage games will count toward the regular season once it resumes. There will be prize money. And the winner of the tournament will earn a berth in next year’s Concacaf Champions League.

What happened to F.C. Dallas?

About a dozen M.L.S. players have tested positive for the Covid-19 virus so far. Unfortunately, 10 of them are on the same team, F.C. Dallas. Because of this, the league decided to remove Dallas from the tournament, although the team will presumably return when the regular season resumes.

On Tuesday afternoon, the second scheduled game of opening day, Nashville-Chicago, was postponed because five Nashville players had tested positive after arriving in Florida.

Are all the players coming?

The vast majority are, but a few have opted out. Like the N.W.S.L., which will resume without Megan Rapinoe, M.L.S. will be down one of its marquee players: Carlos Vela of L.A.F.C., the reigning most valuable player. “It is in the best interest of the health of my family to stay home and be with my wife during what is a risky pregnancy,” he said in a statement.

At least a few other players and coaches have gone to Disney World but expressed trepidation.

Matt Lampson, a goalkeeper for the Columbus Crew who is a cancer survivor, tweeted last week: “For everyone in the ‘These are pro athletes. There is no risk. Nothing happens to them if they get the virus’ camp — I am high risk. And I know for a fact there are multiple others at #MLSisBack that are as well — including other players on their way here. This is serious.”

Brian Schmetzer, coach of the reigning champion Seattle Sounders, told a group of fans holding signs urging players not to go to Florida: “I understand it. It wouldn’t be my choice to leave, either. But we’re going to go play a game and do what Sounders do, which is win a soccer game.”