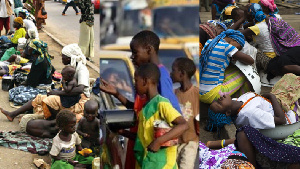 The United Nations Sustainable Development Goals (SDGs), which Ghana subscribes to and the African Union Agenda 2064 among others calls for an end to all forms of barriers to the well-being of all persons particularly children.

A group of non-governmental organizations (NGOs) in the country have noted that government’s record on the protection of children in the country is awful and are therefore urging government to disburse allocated funds and increase the funding for protecting children while fully implement policies that have been adopted in that regard.

The NGOs, which participated in the 2010 Ghana NGO Forum held last year, note that although a lot of work by the NGO sector, and UNICEF in collaboration with teams from the various ministries has gone into various well-crafted and fully costed policies and plans for the protection of Ghana’s children, they have lacked full and effective implementation.

Data screened through national, ministerial and agency budgets show that in 2017, GHC 72.6 million was allocated for child protection of which only 33.1 was disbursed.

Child protection allocations are critically important as they address the needs of the most vulnerable children, and the economic benefits of preventing abuse, or addressing existing abuse are substantial. The growing phenomenon of streetism is becoming alarming due to population pressure and neglect and the need for child protection is even more pronounced.

Thus, the call by the NGOs is not be viewed as an indictment but rather, the state ought to step up its child protection efforts to forestall the any future eventuality.

Ghana’s report on the implementation of the United Nations Convention on the rights of the child will be submitted to the United Nations this year (2020). It is therefore in the country’s interest to ensure its child protection regime meets internationally-acclaimed standards.