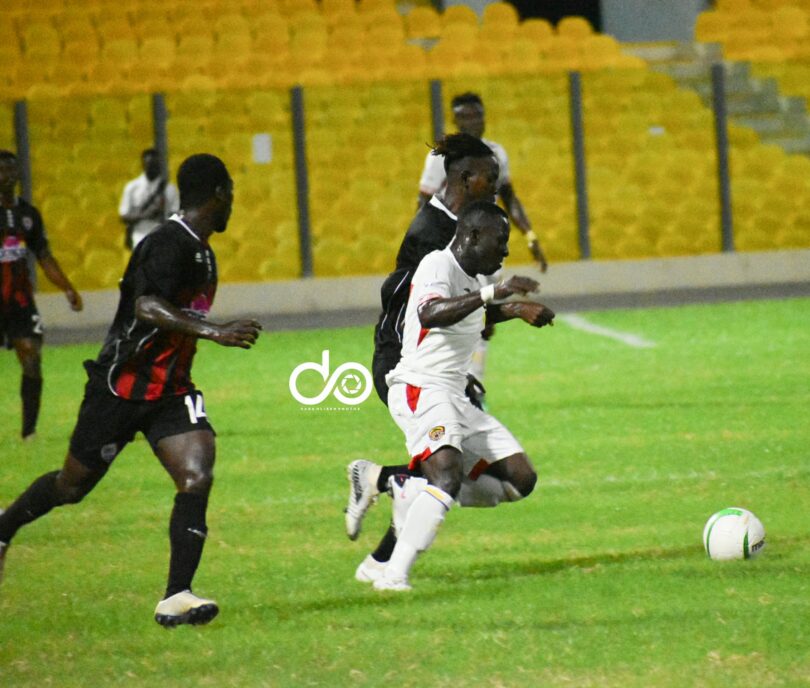 Hearts of Oak suffered their first defeat of the 2020/21 Ghana Premier League season after losing 1-0 to Inter Allies at the Accra Sports stadium.

Both sides were separated by a powerful volley by Richmond Lamptey in the second half which proved to be the difference.

Hearts came into the game having drawn against AshGold in their first game after missing so many key chances.

The Phobians started their second game on the same note as they threatened against Inter Allies in the first half.

However, the lack of a potent finisher once again proved to be the downfall of Hearts as they were punished after the hour mark.

Inter Allies midfielder, Richmond Lamptey against the run the play, controlled the ball and unleashed a thunderbolt from 25 yards to break the deadlock.

Late efforts from Nii Odoom’s men to salvage a point were rendered redundant by the resolute defending of Inter Allies.

It’s the first time Inter Allies have beaten Hearts in two years as the result leaves the Phobians in 17th place having played a game less.