GPL: Analyzing the impact of playing behind closed doors; Is the decision data-driven? 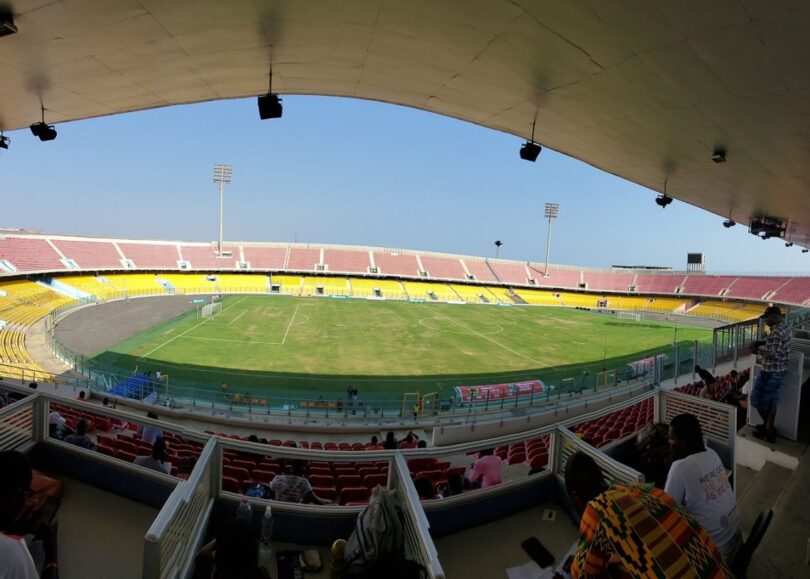 For the past 10 months, Ghana and the global economy has been dealing with the COVID-19 pandemic. The government of Ghana has since imposed a regional lockdown and other restrictions which ultimately have affected contact sports. Football in Ghana experienced their own share of these restrictions as fans and non-essential personnel for clubs have been forced to stay away from stadia on matchdays. An examination of some major talking points and the way forward follows.

As of 14 December 2020, Ghana has an active case count of 926; total confirmed cases of 53,014. The total cumulative cases per region are spread as follows:

As per data, 55.27% of the confirmed cases have been within the Greater Accra Region, with 21.18% recorded in Ashanti Region. Western and Eastern Region all represent 5.84% and 4.93% respectively of cases recorded. The remaining 12.78% of cases are recorded across Central, Bono East, Volta, Western North, Bono, Northern, Ahafo, Upper East, Oti, Upper West, Savannah and North East regions. The dialogue between the Ministry of Youth and Sports (MOYS) and the Ghana Football Association (GFA) leads us to believe the decision to prevent fans from being present on matchdays was based on the above data.

MINIMUM CAPACITY IS BETTER THAN NO CAPACITY

In view of the return of contact sports, President Nana Addo Dankwa Akufo-Addo announced a proposed 25% maximum capacity to be allow in stadia upon lifting COVID restrictions. A subsequent directive from the MOYS cast doubt on the possibility of this. With a ban on fans in place, GPL clubs have suffered financially as matchday revenue has been lost completely.

Of the 18 clubs present in the GPL, 6 are based in Greater Accra Region, 2 in Western, Central, Bono East and Bono Regions and the remaining scattered each in Ashanti, Eastern, Volta and Ahafo Regions. The case count in Greater Accra and Ashanti regions vindicates the ban on fans returning to stadia.

A look at the region distribution of clubs and corresponding COVID case count in those regions indicates a possibility for fans to return in certain regions.

In view of the above data, the GFA and MOYS could propose a threshold for cumulative and active cases to the Ghana Health Services in order to allow fans in specific stadia. A 3 or 4 tier system for regions could allow for easier assessing of the COVID situation to activate fans return to stadia.

Thus, we can estimate the following;

Per the above, we could roll out the 25% capacity quota for clubs within the Tier 4 Regions whilst the decision on the remaining clubs in other tiers is deliberated upon at length.

The metrics of the Tier system for the deciding where each region will be placed can be discussed by the Ghana Health Service, the MOYS and GFA. The GPL clubs in regions with the lowest infection rates/Cumulative Case count can be used as trial runs for allowing fans up to a quarter of the club’s stadia capacity. The enforcement of COVID-19 Protocols in those stadia will then be the premise on which the GFA can roll out allowing remaining fans into stadia.

The main concern of GPL clubs with the imposed ban on fans is the loss of mainstream of revenue. The financial benefits of fans being present in the stadia are summarized below. We assume the stadia is at full capacity and one price band for tickets is in place (GHS 10 per ticket).

The matchday costs are also assumed to be at least 50% of all revenues on the matchdays. In a full GPL season, on average, GHS 1.50m is acquired across match venues by clubs.

Should fans be allowed back at a maximum of 25% of stadia capacity and clubs cater for all expenses related to ensuring COVID safety protocols, GPL will on average have GHS 0.20m in ticket revenue over the season. This represents a GHS 1.30m drop but nevertheless, revenue clubs would never have seen.

The onus remains on the GFA to provide clear procedures for matchdays to allow clubs to discuss and amend to suit their peculiar situations to make the fans return to the stadia a reality. The clubs are bleeding financially and these matchday revenues from ticketing can salvage the situation.