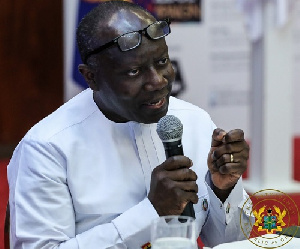 The government of Ghana would borrow GHS19.08 billion in the first quarter of this year.

GHS15.68 billion is expected to be used to rollover maturities while the remaining GHS3.4 billion, which is fresh issuance, will be used to meet the government’s financing requirement.

The 182-day treasury bill is expected to generate GHS2.2 billion while GHS1.8 billion is expected to be mobilised from the issuance of a 2-year bond in February 2020.

In March 2020, a GHS1-billion bond will be issued, whereas GHS900 million is expected to be mobilised from the issuance of a 7-year bond.

Per the calendar, the government said it aims to build benchmark bonds through the issuance of 91-day and 182-day instruments weekly and the 364-day bill to be issued bi-weekly through the primary auction with settlement being the transaction date plus one working day.

At the same time 2-year up to 7-year securities will be issued through the book-building method.

However, the issuance of the 20-year bond as a shelf offering will be re-opened based on investors request and on market conditions.

It said the publication of the 2020 January to March Calendar would meet requirements of market participants as it strives to ensure greater predictability and transparency in the domestic market.