Home » Government targets 300MW of solar power within a year 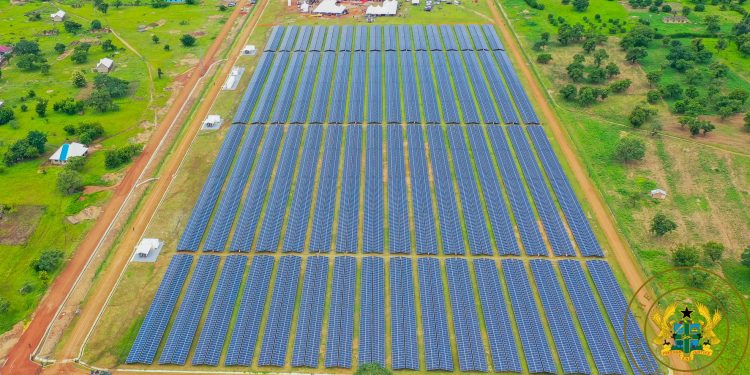 The Government is hoping to add some 300 megawatts (MW) of solar power to the national grid.

This was made known by President Akufo-Addo when he commissioned a 13 MW solar project at Kaloe in the Upper West Region as part of his tour.

Speaking to Citi News, Deputy Energy Minister, Mohammed Amin Anta, said plans are underway to reach the 300 MW of solar power by close of next year.

“Bui is doing 100 MW right now. If you add it to the 150 MW, that is about 250 MW. We are going to do additional solar here in Kaleo. If you add the others that are around the country, we should be achieving 300 MW by the end of next year,” he said.

“Our goal is to achieve 1,350 MW as per the renewable energy master plan. But the way we have started and the urgency we have attached to it shows that we are committed to contributing our quota to addressing the climate change problems afflicting the whole world,” the Minister added.

President Akufo-Addo also noted that another 15 MW solar plant is under construction and funding has been sourced from the German Development Bank (KFW).

It is expected to be completed within one year.

In addition to the Kaleo Project providing several benefits, including, increasing the geographic spread of power generation assets; improving the resilience of the national power system; stabilising voltage levels and reliability of power supply in the Upper West Region; and, ultimately, reducing the nation’s carbon footprint, the President stated that the construction of the new 15MW plant is employing 130 people during the construction phase.