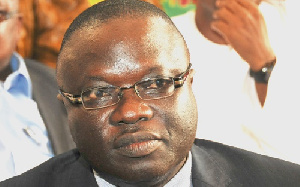 A former Deputy Sports Minister under the NDC government, Vincent Oppong Asamoah has called on the Ghana Football Association to appoint a foreign coach for the Black Stars as the FA begins its quest to name a new coach.

The FA President, Kurt Okraku in an interview indicated the decision by the FA was because the various national teams were underperforming.

“I support the opinion of getting a foreign coach. These foreign-based players believe they are more experienced than these local coaches. I know some of these foreign based players will agree with me that a foreign coach is the best option. I read somewhere that the GFA are considering former Al Ahly coach”, he told Accra based radio station Happy FM.

He further said, the foreign based players have a lot of respect for the expatriate coaches than the local coaches and it one of the reasons why he wants the FA to appoint an expatriate.

“There’s no respect for the local coaches in the eyes of these foreign based players. We can go in for the best foreign coach and make a local coach as the assistant to learn from him.

“Currently Kwasi Appiah is the best local coach so if we don’t want him, then we should go in for a foreign coach”, he concluded.