Gloria Estefan Reveals She Caught COVID-19, But Has Since Recovered 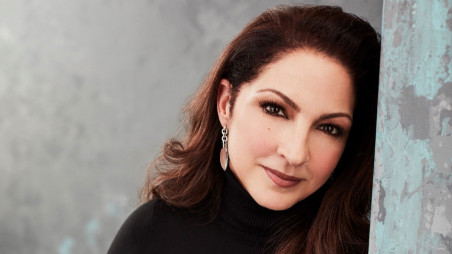 The singer says she spent much of November in isolation after testing positive for COVID-19, days after dining outdoors at a Miami-area restaurant.

MIAMI (AP) — Singer and businesswoman Gloria Estefan said on Wednesday that she spent much of November in isolation after testing positive for COVID-19, days after dining outdoors at a Miami-area restaurant.

Estefan, 63, says she was fortunate, enduring only “a little bit of a cough” and dehydration after losing her sense of smell and taste, and has tested negative twice since recovering.

In a video shared on Instagram, the Cuban-born “Conga” singer says she was infected despite rigorously following public health protocols, and speculates that she could have been exposed by a fan who was not wearing a mask. The fan tapped on her shoulder and got very close to talk to her as she was dining with three family members, Estefan said.

“I was very lucky, but I just wanted to share with you that I was in quarantine, and one day I went out and met with one person who was not wearing a mask. I even held my breath through their talk, but something must have happened there,” she said.

Estefan said she learned she had been infected after losing her sense of taste in early November, and then spent two weeks in total isolation on the second floor of her home. She credits vitamins — and possibly a low viral load from whomever infected her — for her ability to avoid the disease’s worst impacts.

“Fear was my biggest problem,” Estefan said. “We’ve got to grab fear and shake it and just do whatever you can to keep your immune system as healthy as you can.”

The caseload increases over the past couple of weeks in Florida are the highest since early August when the state was recovering from a summer surge of the virus. About 4,200 patients were hospitalized on Wednesday with COVID-19.

Estefan, a Grammy-winning singer, has multiple business interests in South Florida, which has been heavily impacted by the pandemic. With her husband Emilio Estefan, she owns Cuban-themed restaurants, a Miami Beach hotel and a stake in the Miami Dolphins.

“I know we are kind of in a very big spike in Miami. It’s tough here now,” she said in her video. “Please everybody wear your masks, try to stay 6 feet away and protect yourselves.”