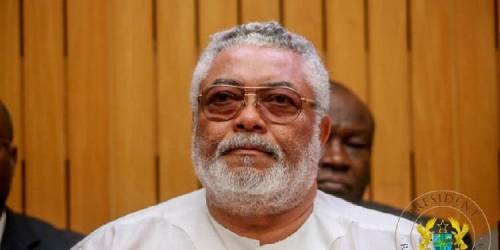 The family of former Ghanaian President, Jerry Rawlings, has said he will be buried on Wednesday, December 23, at the Independence Square in Accra.

The funeral, a state event, will attract African and world leaders to the West African state to pay the last respect to a president, believed to be one of Ghana’s greatest reformers.

Although he came to power twice in Ghana through military coups in 1979 and 1981, he went on to oversee Ghana’s transition to multi-party democracy, winning election in 1992 and 1996 before stepping down in 2001.

A statement by Head of the Funeral Planning Committee, Ambassador James Gbeho, said individuals and institutions who wish to contribute tributes to the memory of Rawlings should send in an electronic mail.

Gbeho said, “The family of His Excellency, Jerry John Rawlings, has in consultation with the government, agreed that the date for the state funeral of the former President is confirmed for Wednesday, December 23, 2020, at the Independence Square in Accra.

“The family is working in conjunction with the government on the final details of the funeral and will communicate the arrangements in due course.