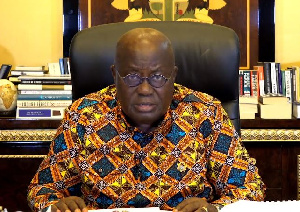 Ivory Coast and Ghana who produce more than 60% of the world’s cocoa, have banded together to form a cartel and this president Akufo-Addo says is already paying off.

Inspired by Opec-the oil producers’ cartel, the two nations announced last year a fixed price premium of $400 a tonne over the benchmark cocoa futures price, for every contract sold by either country for the 2020/21 season.

Akufo-Addo told a gathering at the 71st New Year School and Conference at the University of Ghana, that he was enthusiastic about the cocoa alliance creation. This he believes will champion the interest of cocoa-producing countries and to alleviate the dire poverty of cocoa farmers.

“Our cocoa farmers get less than 10 percent of the value of a bar of chocolate and yet cocoa is the main ingredient for chocolate. That is why we have embarked on a strategic partnership with our good neighbour, Cote D’Ivoire and it is evident in our joint cocoa production and marketing policy”.

Although Ivorian and Ghanaian governments are working together in the cocoa sector for the first time, the inflows have made the partnership worthwhile, he added.

The Chief Executive of the Ghana Cocoa Board (COCOBOD), Joseph Boahen Aidoo says the two top cocoa producing countries are resolute in pursuing policies and plans to improve the cocoa industries despite the negative publications in the western media.

He said the pushback from the western media and the “cocoa cartel” label will not derail the well-intended attempts to raise the living standards of cocoa farmers.