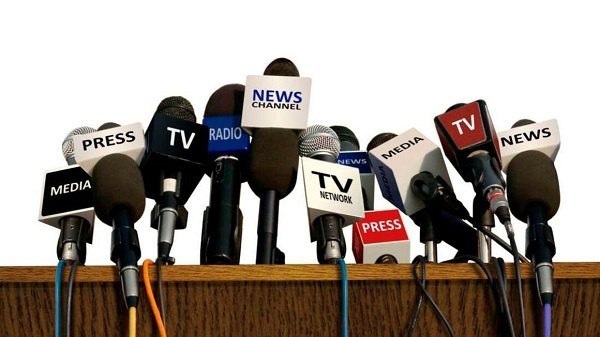 Ghana has dropped 30 places on the 2022 World Press Freedom index.

The 2022 index put together by campaign group, Reporters Without Borders, saw Ghana ranking 60 after placing 30 in 2022.

The latest report is out of 180 countries assessed with Ghana recording a decline in its indicative points from 78.67 percent to 67.43 compared to last year.

It said although the country is considered a regional leader in democratic stability, journalists have experienced growing pressures in recent years.

“To protect their jobs and their security, they increasingly resort to self-censorship, as the government shows itself intolerant of criticism”, the report mentioned.

According to Reporters Without Borders, the safety of Ghanaian journalists has deteriorated sharply in recent years.

For example, the campaigners said in 2020, reporters covering the effectiveness of anti-COVID-19 measures were attacked by security forces.

That is not the only grounds. Ghanaian political leaders are said to be making death threats against investigative journalists.

“Nearly all cases of law enforcement officers attacking journalists are not pursued”, it said.

Therefore, when the press freedom situation changes dramatically in a country between the end of the year assessed and publication, the data is updated to take account of the most recent events possible.

This may be related to a new war, a coup d’état, an unprecedented or very unusual major attack on journalists, or the sudden introduction of an extreme repressive policy.

For the 2022 Index, this exceptional procedure was used with Russia, Ukraine and Mali.

Each country or territory’s score is evaluated using five contextual indicators that reflect the press freedom situation in all of its complexity: political context, legal framework, economic context, sociocultural context and safety.

The Index’s rankings are based on a score ranging from 0 to 100 that is assigned to each country or territory, with 100 being the best possible score (the highest possible level of press freedom) and 0 the worst.

Recently, the US Department of State also released its 2021 annual Country Reports on Human Rights Practices which reports on key human rights issues in various countries across the world including Ghana.

The report cited Ghana for a number of human rights abuses including clamping down on free speech.

Some specific cases mentioned in the report included the killing of social activist, Kaaka in Ejura, and the arrest and abuse of Citi FM/Citi TV’s Caleb Kudah.

The death of investigator of the Tiger Eye PI team in the Number 12 exposé on corruption in Ghana football, Ahmed Saule has not yet been closed after he was shot dead by some unknown assailants in January 2019 at Madina in Accra

Over the course of the Akufo-Addo administration, it has been criticized on these points, as well as the closure of some prominent pro-opposition radio stations.

The government’s response so far to these incidents has been largely condemned, with many suggesting that it gives the impression that the state is either complicit or tacitly supports such actions against journalists.