Home » Four Arrested After Shooting Indiscriminately At a Funeral At Sekesua 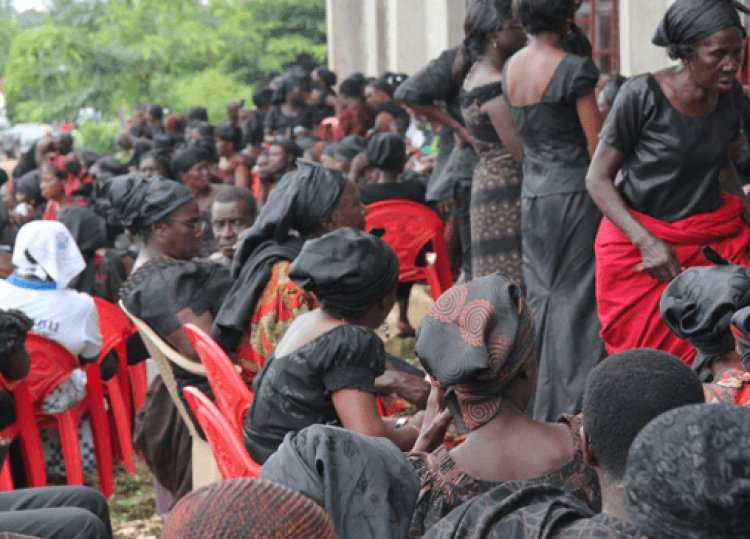 The suspects who looked heavily drunk at the funeral at Sekesua in the Upper Manya Krobo District started firing sporadically during the burial service of the sister, resulting in distress calls from mourners to Police.

The Eastern Regional Police Service have arrested a gang of four young men for possessing and discharging firearms and ammunition without permission at Sekesua in the Upper Manya Krobo District in the Eastern Region of Ghana.

The suspects were alleged to be criminals, whiles some of them are on a wanted list of Police for various crimes, they accompanied one of their members to a funeral at Sekesua community in Upper Manya Krobo district.

During the funeral, the suspects who looked heavily drunk started misbehaving by firing sporadically during the burial service of the sister, resulting in distress calls from mourners to Police but suspects fled in a Toyota Corolla Saloon car with registration number GG 1226-16 when they saw the Police arriving at the burial service.

The police explained that “at the Otrokper police checkpoint, suspects were signaled to stop but they rather opened fire and fled into a nearby bush abandoning their car. Police returned fire which scratched the neck of one of the suspects”.

“Adding that with the help of some youth of Akatekpor, a neighboring community, Police arrested the four suspects, and the suspects will be charged with all the crimes committed before the court within this week”.

Information gathered from the place indicates that two of the suspects were on the police wanted list in Somanya and Nkawkaw for various robbery offenses.