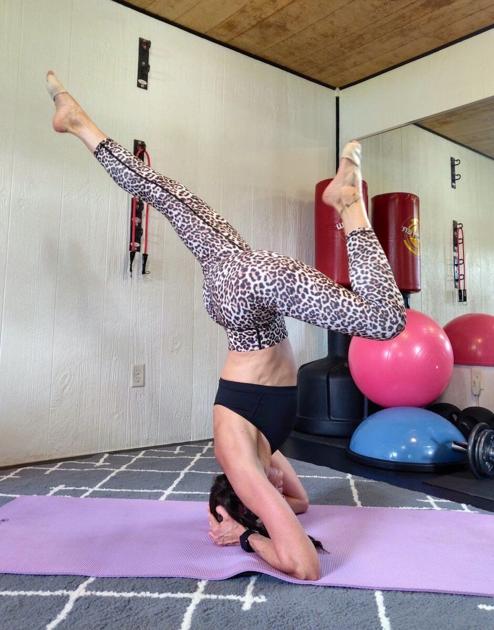 Former Tahlequah resident Regina Gower has been a certified personal trainer for over two decades. In 2011, when she moved to Arkansas, she opened a private studio for training people and started an online business a couple of years after that, all based around fitness.

Now, at the age of 53, Gower is competing for the title of Miss Health and Fitness.

“When I was initially contacted by mshealthandfitness.com about the competition, I wasn’t too interested in taking part,” said Gower. “Then I thought, I am 53, a mom and a grandma. I may be competing against mostly 20-somethings but grandmas need to be represented, too.”

Gower was always active throughout her young life. She would not have considered herself an exceptional athlete, however. After having her first child, though, she decided to put health and fitness as a priority to ensure that she could always be there for her child.

“I was active in high school but never really a great athlete,” said Gower. “I had my first kid at 20 and the thought of being there for her really inspired me. I began weight training to gain weight and muscle and fell in love with it. I graduated college and became a teacher. I also became the aerobic coordinator at Strictly Fitness in Muskogee during this time. Seeing the poor health of my students convinced me that my calling was in the health and fitness industry, so I quit my teaching job and became a personal trainer.”

Now that Gower has the opportunity to potentially take home the Miss Health and Fitness title, her motivation continues to impress. According to their website, the winner this year will take home $20,000 and the cover of Muscle and Fitness Hers magazine, which is read by over 500,000 individuals.

“I would use that exposure and money to further educate myself on nutrition and behavior change in order to positively impact more people who are too busy or don’t feel comfortable in gyms,” said Gower.

“I have competed in many 5k races, adventure races and bike races over the years, but my biggest fitness accomplishments are my clients,” said Gower. “Helping someone gain more flexibility, strength, balance and self-confidence is the ultimate reward.”

To vote for Gower and to find out more information about the competition, visit mshealthandfitness.com.