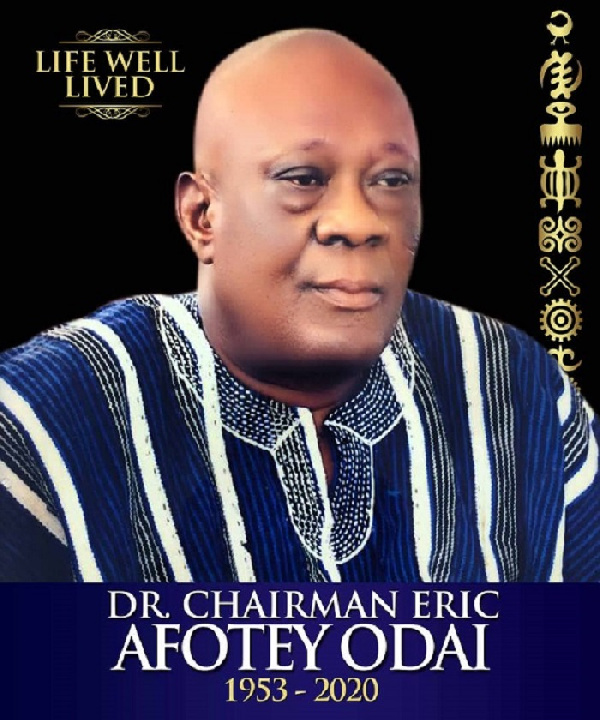 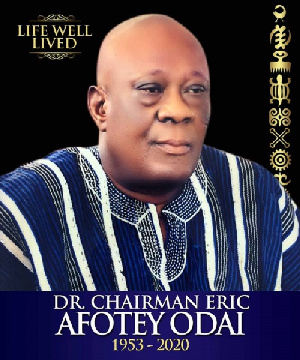 The Ayiku Mantse family of Nungua has announced the death of Eric Afotey Odai, a businessman and former Chairman of Accra Great Olympics Football Club.

The Ayiku Mantse family of Nungua in the Krowor municipality of the Greater Accra Region announced the painful death of Mr Odai, to love ones and well-wishers at the family’s maiden meeting held in Nungua over the weekend.

According to the family, his death occurred after a short illness at a private hospital in Accra.

The family has, however, scheduled next year January 2021 for the final funeral arrangements.

The family says the late Eric Odai is royal from Nungua, whose funeral cannot be hurriedly organized.

The funeral of the late football administrator is popularly known as ‘Millennium Chairman’ is not business as usual.

The late Chairman left behind two wives and twelve children.

Nii Laryea Afotey Agbo, the main opposition National Democratic Congress(NDC) Member of Parliament for Kpone Katamanso Constituency in a testament of the good works of the late Eric Odai said late Eric Odai played a great role his upbringing as a politician and a brother.

He said this is not time to be divided over the estates and fleets of their late father.

He appealed to them to be wary of their actions till a befitting burial is organized for their late father.