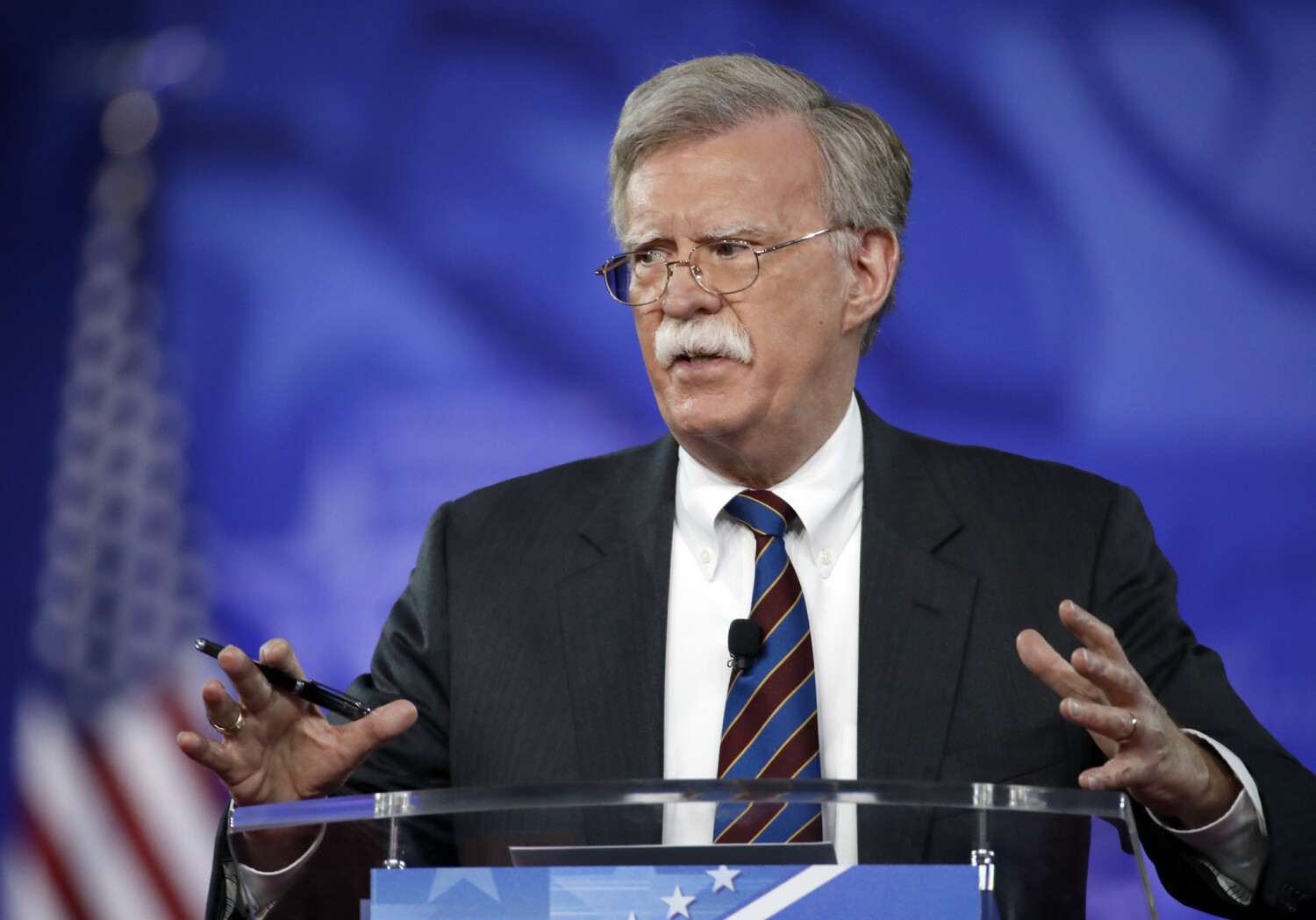 Federal prosecutors are weighing whether to criminally charge John Bolton with disclosing classified information in his upcoming White House memoir, and the Justice Department is expected in coming days to ramp up its legal campaign to block publication of a book that is being billed as a scathing rebuke of President Trump, according to people familiar with the matter.

The Justice Department is expected to seek a temporary restraining order from a federal judge as soon as Wednesday that would block Bolton and his publisher, Simon & Schuster, from releasing the memoir as planned on June 23, the people said. It is not clear how successful such a legal fight would be. On Wednesday, the Wall Street Journal published a lengthy excerpt of the book. It is also in the hands of journalists who have begun to chronicle its findings in stories.

Nevertheless, such a legal maneuver would amp up the fight begun Tuesday when the Justice Department filed a lawsuit asking a federal judge to order Bolton to halt the release of “The Room Where It Happened: A White House Memoir,” pending the conclusion of a prepublication scrub of the manuscript for classified information.

The suit alleges that Bolton is in breach of nondisclosure agreements that required such a review and clearance by the National Security Council before he can publish a book.

An attorney for Bolton, Charles Cooper, did not respond Wednesday to an email seeking comment. Cooper has said that Bolton labored for months with National Security Council officials to remove classified information and that the White House is using the review process as a pretext to censor his client.

The Justice Department is under pressure from Trump to block the book’s release. On Monday, Trump said that his former national security advisor faced a “criminal problem” if he didn’t halt publication.

Bolton, a conservative foreign policy hawk who served as national security advisor from April 2018 through September 2019, clashed with Trump throughout his tenure, officials have said.

Bolton is just the latest former Trump administration official to emerge as a critic of the president’s leadership. Former Defense Secretary James N. Mattis early this month sharply criticized the president’s handling of protests over police violence and racial inequality.

Simon & Schuster has touted the book as an inside account of the Trump White House in which Bolton describes “the president’s inconsistent, scattershot decision-making process and his dealings with allies and enemies alike, from China, Russia, Ukraine, North Korea, Iran, the United Kingdom, France and Germany.”

Bolton, the publisher said in a statement, “argues that the House committed impeachment malpractice by keeping their prosecution focused narrowly on Ukraine when Trump’s Ukraine-like transgressions existed across the full range of his foreign policy — and Bolton documents exactly what those were, and attempts by him and others in the Administration to raise alarms about them.”

In the excerpt of the book published by the Wall Street Journal, Bolton described how Trump tried to enlist China’s president, Xi Jinping, to help his reelection effort.

In a meeting with Xi in June 2019, Bolton wrote, “Trump then, stunningly, turned the conversation to the coming U.S. presidential election, alluding to China’s economic capability and pleading with Xi to ensure he’d win. He stressed the importance of farmers and increased Chinese purchases of soybeans and wheat in the electoral outcome. I would print Trump’s exact words, but the government’s prepublication review process has decided otherwise.”

The New York Times and Washington Post both published stories Wednesday by reporters who read the book, with the Post describing the memoir “as the most substantive, critical dissection of the president from an administration insider so far.” In a review, the New York Times said the book “toggles between two discordant registers: exceedingly tedious and slightly unhinged.”

House Democrats asked Bolton in the fall to testify in their impeachment inquiry, but he declined to participate, saying he would only testify if a federal judge ruled in an unusual lawsuit brought by a former deputy who sought clarity on whether he should comply with a similar subpoena or follow White House orders not to cooperate. The House, in the end, dropped its subpoena for the deputy’s testimony and never sought one for Bolton. Democrats said fighting in court over such a subpoena would have dragged impeachment out for months.

Democrats have since blasted Bolton for withholding his knowledge for a lucrative book deal. The Justice Department estimates Bolton is being paid at least $2 million for the memoir. On Wednesday, Rep. Adam Schiff (D-Burbank), the chairman of the House Intelligence Committee, tweeted that “Bolton may be an author, but he is no patriot.”

Trump was impeached by the House in December for allegedly pressuring Ukraine to launch an investigation of former Vice President Joe Biden, the Democrats’ presumptive presidential nominee, over his son’s work for a Ukrainian energy company. The Senate voted to acquit Trump in February along a mostly party-line vote. Sen. Mitt Romney (R-Utah) voted to convict the president of abusing his power but acquitted him of a charge of obstructing Congress.