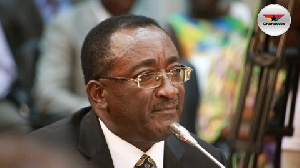 Rice farmers in the Upper East Region, have urged the government to add mechanization services to the Planting for Food and Jobs (PFJs) Programme to reduce frustrations of farmers in accessing such services.

Mr John Akaribo, a rice farmer at the Vea Irrigation area in the region, speaking on behalf of his colleagues at rice farmers meeting in Navrongo which discussed the rice sector development in Northern Ghana, narrated some of the challenges rice farmers in the region went through this year.

He said even though rice farmers had a good yield, some could not harvest all their produce and blamed it on lack of mechanization services such as combine harvesters, to attend to the urgent needs of farmers whose rice was ripe and ready for harvesting and the high cost of the services of a few private owners of tractors and harvesters.

“The Mechanization aspect of the PFJs is lost and farmers are forced to chase the few available services”, he reiterated, saying the cost of land preparation was too dear as those who had tractors for such services charged high prices.

He also appealed to the government to rehabilitate the over 52 years old Vea Dam and develop more arable areas for irrigation.

He noted that every infrastructure at the Vea facility was broken down and needed rehabilitation to enable the over 800 farmers in the area have full access to the irrigation facility.

“Most of the laterals are broken down, counting from lateral one to 13 on the right side of the banks and laterals 13 to 23 on the left of the bank are totally dysfunctional”.

He said such challenges continued to reduce the interest of young people in taking farming as a vocation and rather pushed them to migrate to the cities.

Among other challenges he mentioned were market, poor roads to transport produce from farms and high cost of labour.

Participants who attended the meeting were from the rice valleys including Yagba in the overseas area, Nasia, Nalerigu, Tono, Vea and Fumbiisi Valleys