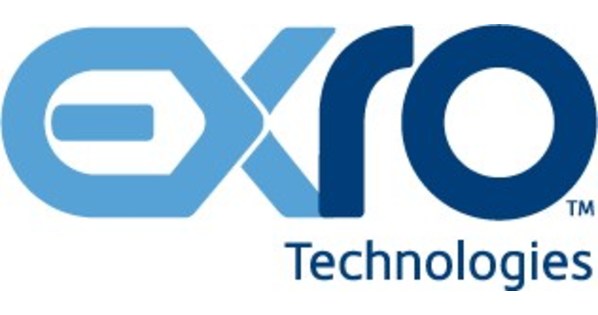 “The third quarter was an eventful period as we achieved several key milestones. First and foremost, we successfully closed in July the short form prospectus offering of Cdn $8,000,000 at a price of $0.70 per unit, pursuant to which the Company issued 11,428,571 units. The net proceeds from this offering will enable us to do further research and development of the coil switching technology for commercialization in the mobility segment including micro, light and commercial electric vehicle programs plus capital investment in support of our Innovation Center buildout.” Commented Chief Finance Officer, John Meekison.

“On the commercialization front, Exro added two new key partnerships in Q3 with SEA Electric and Heinzmann. Also, Motorino testing results came back showing that the Exro-enhanced electric bike increased its performance by more than 20 per cent, and up to 50 per cent in climbing conditions. We will start negotiations on commercial product availability for 2021.” said Chief Executive Officer, Sue Ozdemir.

On September 22, 2020, Exro was listed in the TSX Venture Exchange (“TSXV”) and its shares began trading under the symbol “EXRO”. “The listing of our common stock on the TSXV is an important milestone for Exro. We believe this listing will further enhance the visibility and liquidity of our shares as we continue to build value for our stakeholders as our business continues to grow.” said Sue Ozdemir.

On July 15, 2020, the Company announced that it is partnering with Australia’s SEA Electric to enhance electric powertrain technology for heavy duty trucks and delivery vehicles. Recognized as a global leader in the electrification of commercial vehicles, SEA Electric and Exro will co-develop and test powertrains based on Exro’s Coil Driver and the SEA-Drive technologies.

On September 22, 2020, the Company was listed in the TSX Venture Exchange and its shares started trading under the symbol “EXRO”.

On September 24, 2020, the Company announced it entered into a collaboration agreement with Heinzmann GMBH & Co. KG to integrate Coil Drive technology with Heinzmann’s advanced motor designs for mobility applications. The agreement will involve motor technology and integration support from Heinzmann, while the Company will provide testing, power electronics design, and supply. Exro’s Coil Driver will improve the speed range and torque output capabilities of Heinzmann’s traction applications. This provides new possibilities for optimizing powertrains to improve performance in gradeability, power density and top speed.

On October 7, 2020, the Company announced that Motorino, one of the early partners, tested Exro’s technology through 2020 against a standard electric bike in the field. Testing found that the Exro-enhanced electric bike saw its performance increase by more than 20 per cent, and up to 50 per cent in climbing conditions. Exro will now start negotiations on a commercial product for 2021.

On October 15, 2020, the Company announced it is working with Traktionssysteme Austria (“TSA”) to develop enhanced commercial vehicles by integrating their traction motor systems with Exro’s Coil Driver technology. Exro and TSA will collaborate on a technology update for heavy duty electric vehicles and traction motors and drives. Examples of heavy-duty vehicles can be delivery vans, buses, and trucks. This will deliver a full powertrain system and enable a broad product range with increased performance in the growing commercial electric vehicle markets. The global traction inverter market is projected to grow at a CAGR of 17.57% from USD 2.5 billion in 2018 to reach USD 7.7 billion by 2025. 1

On October 20, 2020, the Company opened the doors to the newly established Calgary Innovation Center. Launching of the Innovation Center in Calgary marks a major milestone for Exro in its path to delivering commercial products. The new facility will allow in-house design, testing, and assembly of manufactured products to enhance the performance of electric motors and powertrains. The test equipment will feature small and large test bays that will demonstrate the patented technology in relevant environments and accelerate prototypes in operating applications. This will expand the potential for more strategic partnerships with the Coil Driver technology while also creating a platform for proof of concepts in new research and development projects. Exro will continue to be focused on its mission to deliver intelligent innovations in electrification with minimum energy and maximum results.

On November 20, 2020, the Company announced that it has completed the engineering validation on the 100 Volt Coil Driver for electric cars. Validation of the 100V Coil Driver engineering technology is a key milestone for Exro to delivering commercial products in the rapidly growing electric car markets. The 100V Coil Driver will deliver next generation performance in power and efficiency to mobility applications with electric powertrains. Testing has proven that the series to parallel algorithms driving the dynamic switching under load is operating as expected. Exro is on schedule to deliver a prototype to Potencia Industrial, S.A. DE C.V. (“Potencia”) and maximize performance in operating applications. Potencia is one of Mexico’s largest motor manufacturers with over fifty years of experience specializing in custom applications like the new Pronto Power electric powertrain. With over one million miles traveled, the Pronto Power is leading the transition of electric fleet vehicles in Latin America.

On November 24, 2020, the Company announced that it has filed a preliminary short form prospectus with the securities regulatory authorities in each of the provinces of Canada, other than the Province of Quebec, in connection with a marketed public offering (the “Offering”) of ‎ common shares (the “Shares”) of the Company. Final pricing and the determination of the maximum number of Common Shares to be sold ‎pursuant to the Offering will be determined in the context of the market prior to the filing of the final short form ‎prospectus in respect of the Offering‎.

As of November 30, 2020, there were 103,548,225 Common Shares issued and outstanding, and other securities convertible into Common Shares as summarized in the following table:

The unaudited consolidated financial statements and Management’s Discussion and Analysis for the nine months ended September 30, 2020, dated November 30, 2020, can be viewed on Exro’s website at www.exro.com and on SEDAR at www.sedar.com under Exro Technologies Inc.

Exro is a Clean Tech company that has developed a new class of control technology for electric powertrains. Exro’s advanced motor control technology, the “Coil Driver”, expands the capabilities of electric motors and powertrains. The Coil Driver enables two separate torque profiles within a given motor. The first is calibrated for low speed and high torque, while the second provides expanded operation at high speed. The ability to change configuration allows efficiency optimization for each operating mode, resulting in overall reductions in energy consumption. The controller automatically and seamlessly selects the appropriate configuration in real time so that torque demand and efficiency are optimized.

ON BEHALF OF THE BOARD OF DIRECTORS