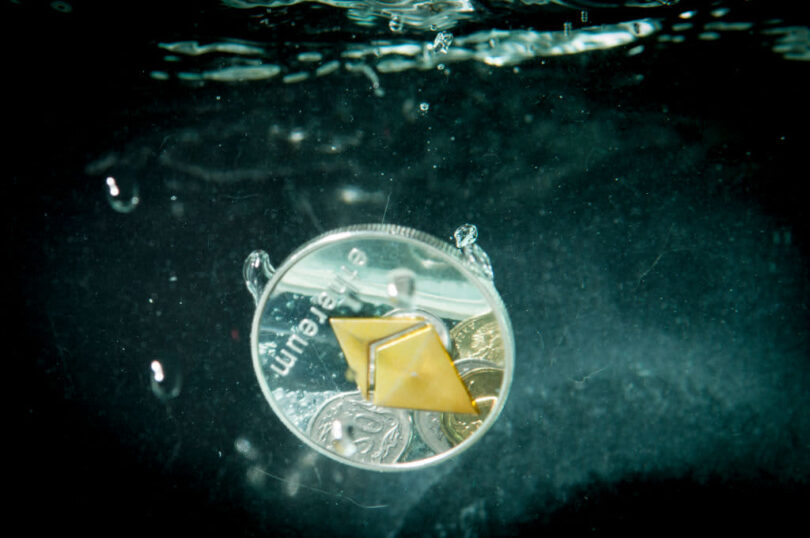 Ether, the digital token of the Ethereum blockchain, is the second-largest cryptocurrency in the world by market value.

While you’ve been watching the price of bitcoin soar to an all-time high, another cryptocurrency has been quietly staging a comeback of its own.

Ether, the world’s second-largest virtual currency by market value, is up about 350% since the start of the year. Last week, it briefly passed $600 for the first time since June 2018 before slumping sharply, and touched that level again this week.

Now, ether investors are keeping an eye on a long-delayed upgrade to its underlying network known as Ethereum 2.0, which they say will make it faster and more secure.

A key problem with the Ethereum blockchain today is scalability. In 2017, for example, the popularity of an Ethereum-based game called CryptoKitties caused the network to become heavily congested, significantly slowing trade.

But proponents of Ethereum 2.0 say that the planned upgrade could allow thousands more transactions to take place every second. Meanwhile, investors believe it could also lead to further adoption of ether as well as price appreciation.

To understand the transition taking place on Ethereum, it’s important to first know a little about blockchain technology. Blockchain is the digital ledger originally used to record bitcoin transactions and provides the foundation for most major cryptocurrencies.

Like bitcoin, Ethereum’s blockchain currently operates on a “proof of work” model. So-called “miners” with purpose-built computers compete to solve complex mathematical puzzles to validate transactions. Whoever wins that race is then awarded in bitcoin.

On Tuesday, the Ethereum blockchain is set to begin a transition to a “proof of stake” model. Instead of miners, the network will rely on “stakers” who already hold some ether to process new transactions.

In order to validate a transaction on the new network, a staker must deposit 32 ether tokens, worth about $19,600 at current prices, into a crypto wallet using what’s known as a smart contract. These are contracts on the Ethereum blockchain that are automatically executed using code.

The stakers are then awarded ether for validating transactions, like crypto miners. This process of “staking” effectively gives crypto investors the ability to earn interest on their holdings after a certain period of time.

A big theme in Ethereum right now is decentralized finance, or DeFi, which aims to replicate traditional financial products such as loans without middlemen like the banks. Some crypto evangelists say Ethereum’s ability to support apps mean it could become a structure for a decentralized, next-generation internet.

“In essence, the Ethereum ecosystem has made the decision to grow up a little more and become a little more secure so that people, institutions and developers can continue to build more apps and financial products on top of it,” Konstantin Richter, CEO of blockchain software firm Blockdaemon, told CNBC.

What does it mean for investors?

For now, what’s happening is the introduction of a parallel Ethereum blockchain known as Beacon. This will be used to test the new proof of stake system ahead of a full migration to Ethereum 2.0.

“It’s a little bit like the launch,” Richter said. “The rocket is now taking off. We’ve committed to the journey. We’re still on the launchpad but all will be achieved when we land on the moon. At this point, we’re launching the official end to the old Ethereum.”

In the meantime, more and more ether is getting stashed away for a restrictive multi-year “lockup” period by token holders seeking to become validators of transactions on the new network.

That could throttle the supply of ether, potentially increasing the value of the asset if demand starts to outpace supply. Richter also sees it leading to innovation in the DeFi space as investors look to get some liquidity by borrowing against their locked up ether holdings.

Another big development the upgrade will introduce is something called “sharding.” This effectively splits the network into lots of parallel chains that can handle transactions to speed up the network.

“A sharded blockchain can be pictured as a round hair brush where each row of bristles are a shard behaving as a blockchain on its own and where the Beacon-chain links them all together as the hair brush handle does for the bristles,” Jerome de Tychey, co-founder and president of Ethereum France, told CNBC.

“The shards communicate with each other via the Beacon-chain, which also regularly finalizes the state of the shards. As time goes the hair brush lengthens as shards produce blocks and so does the Beacon-chain which keeps track of what happens in the whole network.”

Further down the road, crypto experts say Ethereum 2.0 should help the Ethereum network run at scale, processing lots more transactions at a faster pace and supporting apps with millions of users.