Home » Environment and Health; the impact of the environment on our health 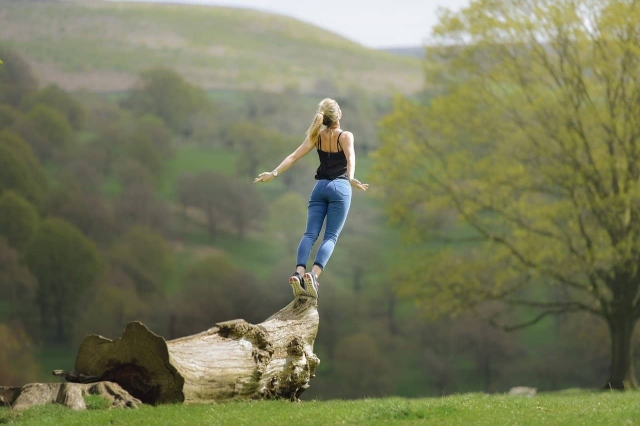 The relationship between the environment and health was known from ancient times when humans linked the spread of disease with the environment. In the seventeenth century, microorganisms that caused infectious diseases were discovered, and this led to the activation of environmental health to limit the spread of diseases such as cholera, typhoid, malaria, and other infectious diseases. This activation in the role of environmental health, such as environmental sanitation, is reflected today in the form of programs. Such as securing pure drinking water, pasteurizing milk, preparing food in healthy ways, and sanitation networks.

1. What links between the environment and health?

The relationship between human health and the environment is assuming tremendous importance at a time when predicted disasters and pandemics continue to multiply. While the infectious diseases of the past centuries have been relatively well controlled or contained, warnings about the proliferation of contamination sources raised again. Global warming is leading to a relocation of transmission vectors, thus extending the potential sources of bacterial or viral contagion.

The natural disasters of recent decades have caused significant migrations of human populations who find themselves homeless and without the possibility of food. The World Health Organization (WHO) estimates that up to 24% of current illnesses worldwide can be attributed to environmental degradation. And in the case of diseases from which children under five suffer, an unhealthy environment is a major risk factor.

The announced pandemics, such as that which would be possibly associated with avian influenza or that could have resulted from severe acute respiratory syndrome (SARS), or the incidence of diseases resulting from the ingestion of food unfit for consumption. The mercury-contaminated fish, beef with “mad cow disease” (Creutzfeldt Jakob), heavy metals in baby food, are all examples of imbalances resulting from the complex relationships created by lifestyles and production methods aimed at meeting the vital needs of living beings.

Indeed, while a proportion of humanity suffers from malnutrition, obesity and diabetes are rampant in rich countries. Many of the toxic products in water, air, soil, homes, and food can induce neuronal changes that limit children’s developmental capacities, as is the case with exposure to lead, a risk factor for lead poisoning. Current studies also show that many carcinogens are present in cosmetics and personal hygiene products, some of which are associated with breast and prostate cancer.

2. Environment and health; How does the environment influence our health?

The environment is everything around us. It acts directly on the human body. The quality of the air we breathe, the water we drink, and the food we eat, and the objects we use, the noise we experience are all factors that influence our health positively or negatively. They act on the human body through the respiratory tract, the digestive system, the skin, and the sense organs.

3. Environment and health; The impact of the environment on our health

The impact of the environment on our health is enormous. Climate change and pollution affect our health, but small everyday actions also have consequences.

From air pollution to chemicals in our clothes and pesticides in our parks and gardens, we are increasingly aware that environmental factors have a major impact on our physical and mental health.

Air pollution remains the most striking example of the environmental impact on our well-being. While there is no scientific evidence yet of the impact on our health from all forms of pollution, the risks posed by air pollution are clear. Growing up in a polluted environment is detrimental to health, even before birth, because it is proven that polluted air causes cardiovascular disease, lung disease, asthma ….

It is one of the most dangerous forms of environmental pollutants, as the polluted water is transferred to all that is around it of soil, plant, and animal cover. So this problem will have the greatest impact on human health and will cause him to slow death due to his total dependence on his food on these environmental components. The more he consumes these things, the more he gets poisoned. As stated in the World Health Organization reports that 80% of diseases are waterborne, industrialization, household waste disposal, radioactive waste, population growth, excessive use of pesticides and fertilizers, and leakage from water tanks are significant sources of their pollution. These wastes greatly impact human health, so bacterial, viral, and parasitic diseases such as typhoid, cholera, encephalitis, polio, hepatitis, skin, and digestive system infections spread through contaminated water, and also cause intestinal diseases, diarrhea, vomiting, and others.

Contamination of the soil cover with pesticides, contaminated water, and chemicals is dangerous because of poisoning with fat. If the plant absorbs toxins from the soil, it becomes one of its components during its growth, and this matter causes food poisoning, and it may also cause blood and liver cancers, in addition to affecting the functions of the central nervous system, as a result of eating the meat of animals that feed on these contaminated plants by the action of the soil or by inhaling soil pollutants that have evaporated or through the consumption of plants or animals that have accumulated large amounts of soil pollutants, and soil pollution may also result from secondary pollution of the water supply and deposition of air pollutants.