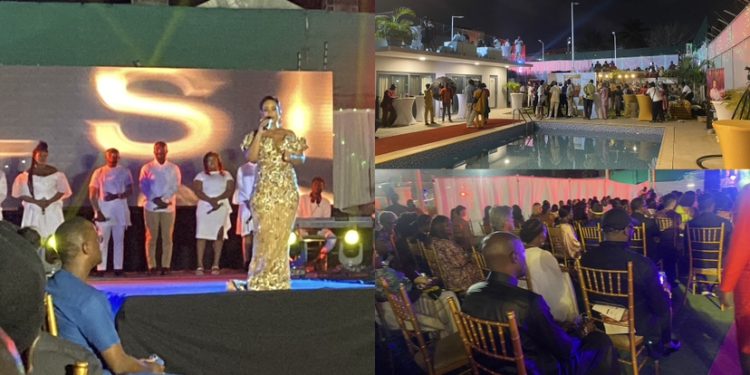 Ghanaian singer, Elsie Duncan-Williams, has headlined a Christmas concert in Accra ahead of her debut album, which is scheduled for release in April 2023.

Dubbed ‘The Holiday Concert,’ the show was hosted at the official residence of HE Lulu Xingwana, the South African High Commissioner to Ghana.

Apart from dazzling the audience with her special rendition of Christmas-themed ballads, Elsie performed some pop classic duets with South African songstress Sonti Mndebele and the winner of the 2022 edition of TV talent show, Starz of the Future, Kwamina.

Elsie Duncan-Williams is an internationally-acclaimed vocalist, songwriter and entrepreneur who has headlined events in over 37 countries in Europe, America, Africa, and Asia.

She was trained at the Woodlands Academy and Oral Roberts University, a Christian university located in Tulsa, Oklahoma, USA.

Through her Elsie Music Foundation, Elsie has embarked on an advocacy campaign to create awareness about mental health and addiction, while supporting victims to get access to care.