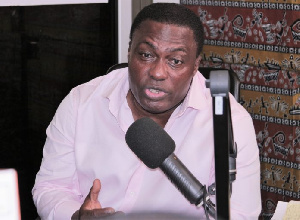 In his view, there was no act of corruption in the deal, hence no need for the flag bearer of the National Democratic Congress (NDC) to comment on it.

His comment follows the governing New Patriotic Party’s insistence that Mr Mahama is the “Government Official 1” mentioned in the allegation involving the European aviation giant.

The European aircraft manufacturing company, last week, entered into a deferred prosecution agreement with the British Serious Fraud Office (SFO), which was investigating it for bribing or failing to prevent corruption in transactions in 20 countries, including Ghana.

But speaking on the Dwabirem show on CTV hosted by Kwame Appiah Kubi, the former Ghanaian diplomat said the NPP is only seeking to make political capital out of the scandal.

But, in reality, he said: “There is no iota of corruption in the deal and, so, Mr John Mahama should not be forced to speak on this matter. He shouldn’t worry himself at all.”

Mr Ankrah further asked President Nana Addo Dankwa Akufo-Addo to also refer the PDS scandal to the Office of the Special Prosecutor just as he did the Airbus scandal.

The President, soon after the Airbus news broke, referred the matter to the OSP for investigations.

“But let me ask the government one question: Why didn’t the President also forward the PDS deal, which we all knew was characterised by corruption, to the OSP? It beats my imagination.”