Dodgers win again to force Game 7 against Braves in NLCS 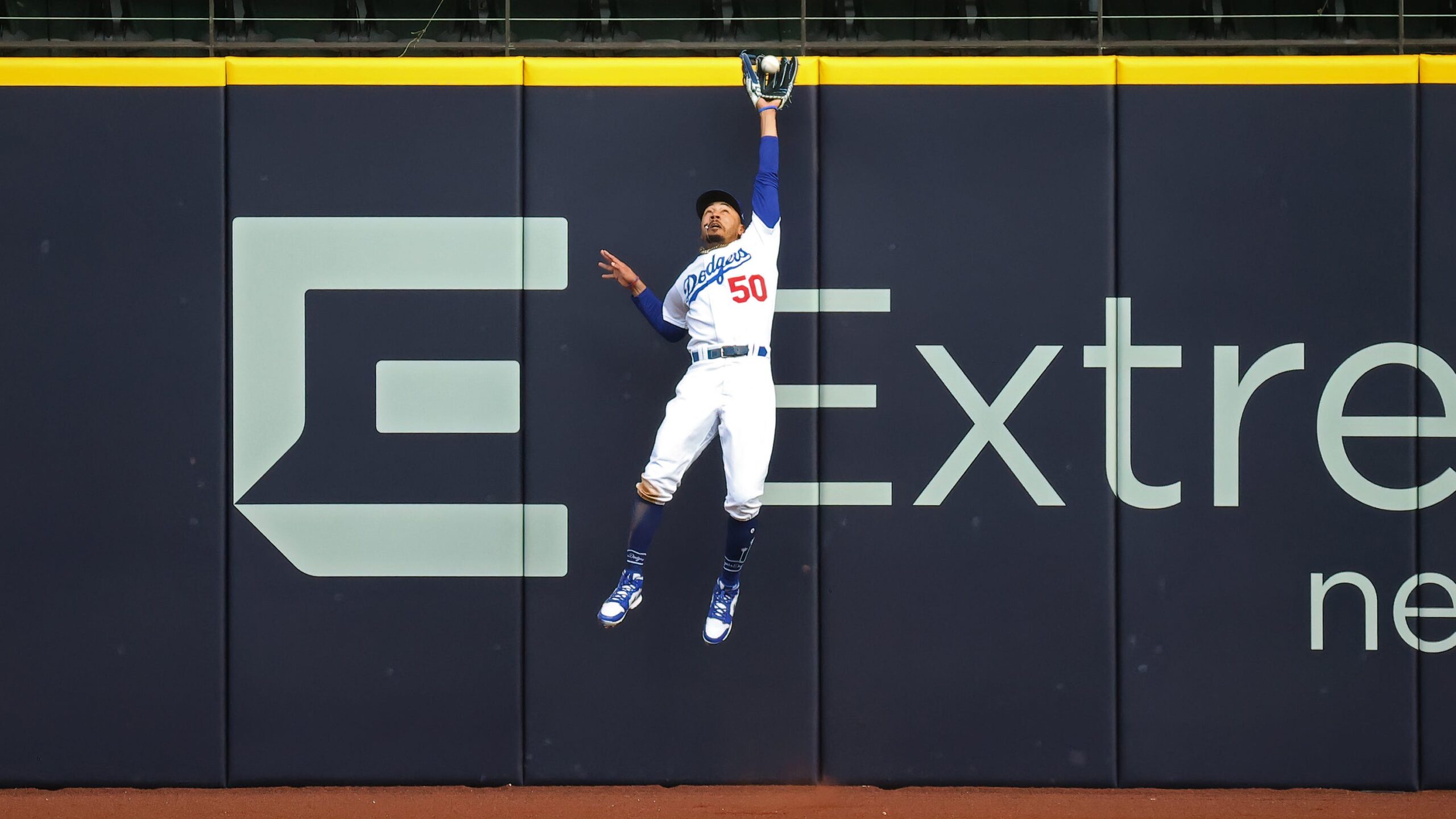 Sports Pulse: The MLB postseason has two losing teams in it. There was only a 60-game regular season. Does the 2020 World Series champion require an asterisk? Our MLB experts debate.

ARLINGTON, Texas – Through eight consecutive division titles and a pair of National League pennants, the Los Angeles Dodgers produced MVPs and rookies of the year, won hundreds of games and teased their fanbase with dreams of a first World Series championship since 1988.

Yet something always seemed to be missing from a team that had vast resources and significant smarts, but often worked the edges for minimal gains, be it on the balance sheet or the lineup card.

Perhaps it was Mookie Betts.

The Dodgers forced a Game 7 in this National League Championship Series against the Atlanta Braves by twice staving off elimination, and while Corey Seager can’t stop hitting home runs and Walker Buehler blew away the Braves with a flurry of 98-mph fastballs, they are alive largely because Betts did things almost any ballplayer on the planet cannot.

Saturday afternoon at Globe Life Field, that moment came in the fifth inning, with Buehler fading and the Dodgers’ bats dormant again, a man on and Marcell Ozuna scorching a ball 101 mph off his bat to right field. Betts scampered back, caught up to the ball and at the last, leaped atop the wall to bring it in.

Run saved. Buehler saved, for another inning. And Sunday night, a Game 7 in a series that probably deserves it.

The Dodgers’ 3-1 Game 6 victory brings them square in a series they trailed by that amount just 48 hours ago. It also pushes the Braves into elimination mode – they will need their third and final shot to advance to their first World Series since 1999.

Rookie Ian Anderson, who was dominant in Game 2, will start for the Braves, while the Dodgers will likely use an opener ahead of Tony Gonsolin, who started Game 2.

Should the Braves blow this 3-1 series lead, they’ll certain curse Seager’s name – his fifth home run of the series kickstarted a three-run first that accounted for all the damage against Atlanta ace Max Fried.

And they certainly won’t forget Buehler, who struck out six in six innings and punched out of a bases-loaded, no out jam in the second on the strength of 10 consecutive fastballs he fired at least 98 mph.

But the Dodgers’ 7-3 Game 5 victory and Saturday’s affair both tilted on defensive gems by Betts. In Friday’s Game 5, the Dodgers already down 2-0 in the bottom of the third, he charged hard on a sinking line drive and plucked it off the grass seconds before the ball struck paydirt. It was such a startling catch that Ozuna, trying to tag up at third, left too soon and was called out on replay review.

Instead of 3-0, it stayed 2-0, and a fragile bullpen game stayed on the tracks for the Dodgers, who erupted for six runs in the sixth and seventh innings.

They kept that leverage going into Game 6, Seager and Justin Turner homering and Cody Bellinger contributing an RBI single before Fried could settle in.

But that’s all Fried would yield, making Betts’ play later all the larger.

Buehler doesn’t hurt, either. The 26-year-old has started and the Dodgers have prevailed in some huge games – the division-clinching Game 163 in 2018, Game 7 of the 2018 NLCS, Game 3 of the 2018 World Series. Yet it was a different pitcher who encountered that bases-loaded, no-out situation in the second.

“I’ve never felt that calm in a baseball game in my career,” says Buehler, who let out a significant burst of emotion after getting Cristian Pache on a grounder to third to end the threat. “I’ve failed in those moments. I’m not scared of that failure anymore and it takes a while to get to that point.”

Betts’ acquisition and subsequent signing to a 12-year, $365 million contract in the off-season represented a massive and uncharacteristic off-season outlay for the Dodgers, in both the trade and payroll department.

He responded with a characteristic MVP-caliber campaign in the 60-game season, and the Dodgers posted the best record in baseball, at 43-17.

But they’d done that before. They’ve won pennants before – including a Game 7 triumph in 2018 at Milwaukee.

This group has never won it all, however, something Betts knows about – he beat them in 2018 as a Boston Red Sox. Now, he’s on their side.

And soon, we’ll find out if that makes all the difference in the world.

“I’m glad we had a right fielder out there,” Buehler said of Ozuna’s potential game-turning drive, “especially one like Mookie Betts.”