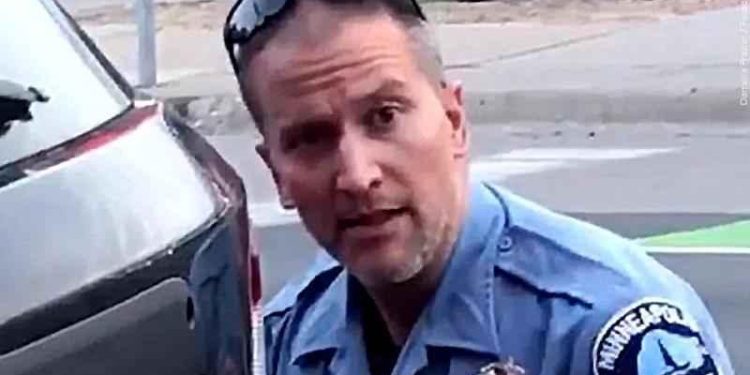 Chauvin previously pleaded guilty to the civil rights violation during Floyd’s May 25, 2020 arrest when the former officer pressed his knee on the back of Floyd’s neck for several minutes. The sentence will run concurrently with his state sentence of 22.5 years after he was convicted for second and third-degree murder, as well as second-degree manslaughter.

The defense asked for 20 years, saying Chauvin accepts responsibility for what he did. Chauvin told Floyd’s family he “wishes all the best” for Floyd’s children during his brief remarks. He did not offer an apology.

“My brother was murdered in broad daylight with a knee to his neck for nine minutes,” Philonese Floyd, George Floyd’s brother, told the judge. The (Floyd) family and I have been given a life sentence, we will never get George back.”

In a court impact statement, Chauvin’s mother said it wasn’t her son’s intent to kill Floyd.

Without the federal plea agreement, Chauvin would have faced a life sentence.

Under Minnesota law, Chauvin will have to serve two-thirds of his sentence. He has appealed the conviction.

In entering his federal plea, Chauvin for the first time admitted that he kept his knee on Floyd’s neck — even as the Black man pleaded, “I can’t breathe,” and then became unresponsive — resulting in Floyd’s death. Chauvin, who is white, admitted he willfully deprived Floyd of his right to be free from unreasonable seizure, including unreasonable force by a police officer, during the May 2020 arrest.