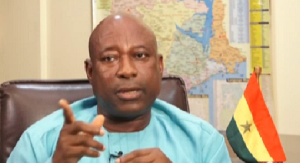 A scathing analysis has discredited as unrealistic, government’s claim that its praised tourism initiative, the Year of Return generated $1.9bn into the economy.

But a deputy Minister has offered some clarifications.

The claim was first reported in December 2019 and was made by Minister for Tourism Arts and Culture Minister Mrs Barbara Oteng-Gyasi.

After it was widely circulated in the media, tech innovator Bright Simmons in several pages questioned the credibility of the data.

In an article titled “Year of Return” Success Needs No Embellishment, Bright Simons said the figures cannot be true.

His paper opened the floodgates for fresh skepticism and criticisms.

Some wondered how a single initiative could bring in so much dollars yet still leave the cedi in depreciation mode.

“She probably was talking about the contribution of the entire tourism sector”.

The Deputy Minister pointed out a paucity of up-to-date data in Ghana is partly responsible for the controversy.

At last count which was a few years ago, tourism contributed between 3 to 6% to Ghana’s GDP. “If you calculated [that] you are most likely to get around the figure the Minister talked about” Dr Ziblim Barri explained.

His boss may have quoted the $1.9billion figure because the Year of Return initiative was the ministry’s major activity by a mile, dwarfing other tourism programmes.

“The Year of Return would probably be over 70% to 80% contribution to the tourism sector,” he said.

His use of the word ‘probable’ again underscores the absence or incompleteness of data that continues to throttle the country’s development.

What the Ministry does know is that the country recorded about 750,000 inbound arrivals “because of the Year of Return”.

These are not monies directly coming into government’s hands.

“I think the mistake the critics are making is that they were thinking that the minister was referring to receipts from the people who come”.

He called this expenditure as part of a “vibrating effect of a variable”, an economic term to mean the ripple effects of an activity such as the Year of Return.

“Let everybody calm down,” he said and indicated some further disclosures on the economic benefits of the Year of Return initiative would be made available.

The ‘Year of Return’ initiative was championed by the Ghanaian government to mark the 400th anniversary of the abolition of slave trade. It has been hailed as successful because it has put international media spotlight on Ghana as a tourism destination and has attracted global icons to the country.