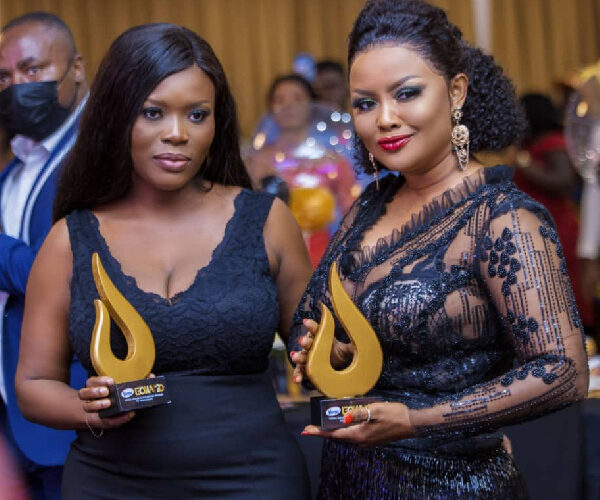 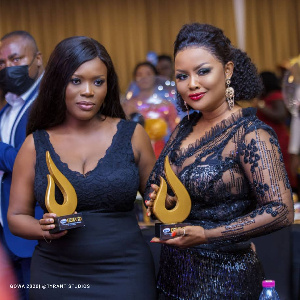 Delay and Nana Ama McBrown posing with their awards

The entrepreneur left the Alisa Swiss Spirit Hotel, Accra with the coveted Outstanding Woman of the Year at this year’s Awards Gala.

Delay, 38, pipped actresses Nana Ama McBrown, Joselyn Dumas as well as Margaret Afriyie, and Cynthia Yeboah to the topmost award at the GOWA, an initiative to honour and award women making significant progress and impact in their various fields.

She said as a university dropout who came from very humble beginnings, her win should serve as an inspiration to women across the country.

“This is the biggest, Woman of the Year, that’s big. I’m overwhelmed and humbled and challenged and inspired at the same time,” she said.

“There is saying that to whom much is given much is expected, it means that I have been tasked to do more to push myself and keep inspiring women that it doesn’t matter where you are coming from, your looks, it doesn’t matter your educational background.

“Because as a university dropout and look at where I am today? I am the woman of the year and I am dedicating this award to women in all industries”.

The award was Delay’s second of the night. She had earlier picked up the Outstanding Woman TV Personality for her television program, the Delay Show which has been running since 2008.

With tears streaming down her face, Delay recalled how she was once homeless and received support from no one except her sister.

“From being homeless to being the owner of houses, from not knowing what to eat to being a businesswoman and having a company that supplies food to Ghanaians. It’s a miracle, it’s only God. I will like to dedicate this award to my sister and the blessed memory of my mother. “

According to Mrs Afua Asantewaa Aduonum, the Chief Executive Officer of ASKOF Productions (organisers of GOWA), the event acknowledges game-changers in their respective fields of endeavour, especially during this COVID-19 pandemic.

It was Afia Pokua, who won the ultimate award at the maiden event in 2018, with fashion designer Velma Owusu-Bempah picking the topmost prize last year.

Below is the full list of winners on the night: 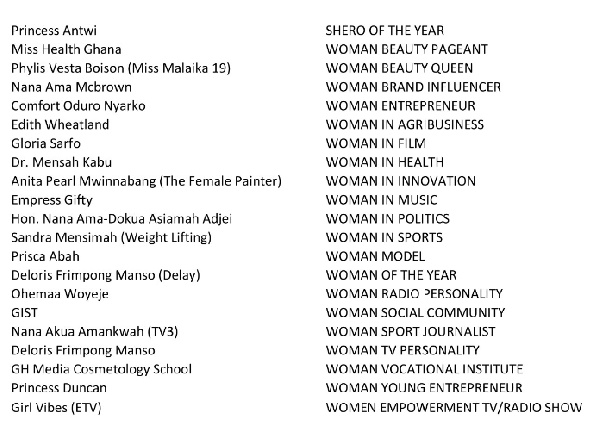