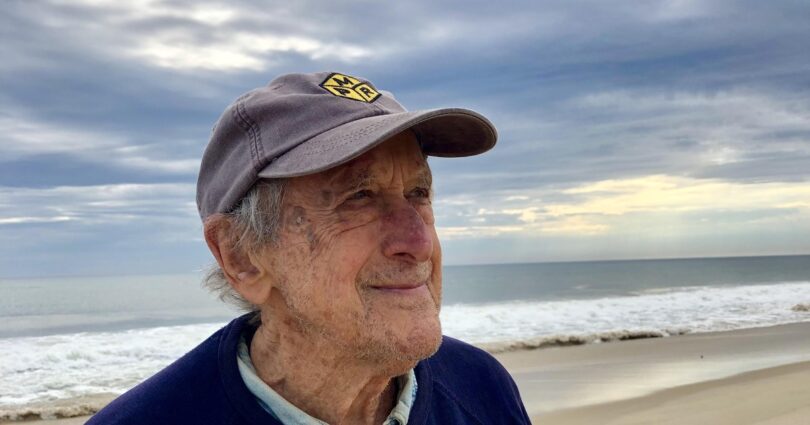 This Is Not My Memoir

To philosophize, as philosophers have told us, is to learn how to live and how to die. For André Gregory, a stage director with a deep ruminative streak, the purpose of theater is to awaken the self, that mysterious patchwork of being and nothingness.

It’s a subject that has long preoccupied him, as anyone who has seen “My Dinner With Andre” can attest. The 1981 Louis Malle film, in which Gregory plays a version of himself in a Platonic dialogue with Wallace Shawn about the search for meaning through art, is composed of lengthy anecdotes about a spiritually restless director’s far-flung explorations into his own soul.

The self-engrossed Gregory of “My Dinner With Andre” was in the midst of a Dantesque midlife crisis. The Gregory who emerges in his autobiographical first book, “This Is Not My Memoir,” is older and more quietly reflective, less prone to grandiose pronouncements and more humbly accepting of the wisdom between words.

The title of the book, cowritten with theater writer Todd London, poses an existential riddle: If this is not Gregory’s memoir, then whose is it?

The question provoked laughter from Gregory, who was speaking on Zoom from his home in Cape Cod, Mass., where he’s been holed up with his wife, filmmaker Cindy Kleine, when they’ve not been in New York during the COVID-19 pandemic.

“We came up with the title partly as a joke and partly because it isn’t a memoir in the sense that it doesn’t cover my entire life,” he said. “To me, it’s more of a novel about a man who, when he’s young, happens to be a loose cannon, as an L.A. critic once described me. He’s driven, narcissistic, angry. He keeps doing productions that drive what he considers the bourgeois audience — his own audience — fleeing from the theater. And then you find out how he changes into a very different person as he deals with issues of aging and dying.”

Treating the material as he might a work of fiction gave Gregory, who vowed never to write a memoir, the distance to confront his past. Impressionistic in its style, the book traces the outline of Gregory’s life with swift, graceful brushstrokes. Delivered in the confiding tone of a gifted dinner party raconteur, it reads like an artfully transcribed oral history.

Born in France in 1934 to wealthy Russian Jewish parents, Gregory enjoyed a princely upbringing as Europe descended into totalitarian madness. By the time the family left for America on the last ocean liner out of England in 1939, the scars of forced exile were visible.

“My parents were great survivors, but they were wretched parents, negligent, self-absorbed, petty and often mean,” Gregory writes. He describes a childhood so forlorn that he saw a reflection of himself in a story “about a well-to-do boy who was so lonely he would wander around his apartment, touching the furniture to reassure himself that he was still alive.”

Based in New York, the family would spend summers in Beverly Hills during the 1940s and ’50s. Gregory remembers Los Angeles during the war years as an idyll in his otherwise grim youth.

“It was a little bit like the South of France in an F. Scott Fitzgerald novel, with a roaring film industry. Just exquisitely beautiful, with miles and miles of orange groves, lemon groves and avocado farms,” Gregory said. “I remember going shopping with my parents in Westwood. Kids, left on their own, would go around barefoot. Everything seemed so safe.”

Gregory’s father, who had been hobnobbing with celebrities while his wife was having an affair with Errol Flynn, expanded his real estate holdings, which included the Brentwood Country Club. Gregory said his father purchased the property for $600,000, thought he made a killing when he sold it for $700,000 and, after realizing he could have made millions, never wanted to return to L.A.

Gregory discovered his theatrical vocation at St. Bernard’s, the fancy Upper East Side boy’s school. After graduating from Harvard, he was rejected by the Yale School of Drama, a blow to his ego that was really a blessing in disguise: Gregory was destined to carve a path away from the theatrical establishment.

After being fired by a string of theater organizations whose boards of directors weren’t as enthusiastic for his happily profane productions as the more discerning critics, Gregory founded his own company. Although sometimes overlooked in histories of avant-garde theater, the short-lived Manhattan Project was a key player in New York’s early ’70s experimental theater scene.

“We named the company after the place that developed the atom bomb, because we were sure we had a huge bomb on our hands,” he said with a wry smile. Instead, their first production, “Alice in Wonderland,” became a landmark work of the era.

When the company disbanded in 1975, Gregory entered what he calls his “personal wilderness,” the period in which, as he writes in the book, he “burned down” his career to go where his “vocation was leading.” These adventures, which included eating sand in the Sahara with a Buddhist monk and being buried alive in Montauk, N.Y., supplied the conversational main course for “My Dinner With Andre.”

Gregory’s collaborations with Shawn would prove to be the most consequential of his career. Their work includes two films deconstructing theatrical classics, “Vanya on 42nd Street” and “A Master Builder,” as well as sui generis plays by Shawn (“The Designated Mourner,” “Grasses of a Thousand Colors”).

“Wally came to ‘Alice in Wonderland’ almost every night,” Gregory said when asked how they met. “As I remember, he came to see it, he said, because he said he finds that kind of theater horrifying and wanted to create another kind.”

When Gregory was rehearsing a banal translation of Ibsen’s impossibly long “Peer Gynt,” he asked Shawn to do a contemporary adaptation. “Wally watched us rehearse for about six months, said, ‘I’ll be back soon,’ and then returned two years later with a play that took place in a New York cocktail party,” Gregory recalled. “And that was our ‘Peer Gynt,’ which we did at the Public Theater. We’ve been together ever since. Fifty years.”

Toiling on a single project indefinitely — “A Master Builder” took 14 years — without caring about attracting a mass audience requires largesse. Gregory has not been opposed to taking the odd Hollywood acting job. (On the street, he’s recognized as the warden who got his eye gouged out in “Demolition Man.”) But he acknowledged that his father’s wealth made it possible for him to pursue his creative obsessions.

In the memoir, he delves into a matter he addressed more fully in Kleine’s 2013 documentary film “André Gregory: Before and After Dinner” concerning his father’s suspected business collaborations with the Nazis.

“I’ll never know for sure,” he writes in the book. “The evidence is circumstantial, but there’s so much of it.”

The initial shock over this possibility has given way to a more complex understanding of his father’s past. “In the memoir, I come to peace about it,” he said. “… If you were a Jew who needed to protect your family and get your family out of Europe, who knows what kinds of bargains you had to make.”

Gregory, who has taken a serious interest in painting in his golden years, has found a serenity in his second marriage that was absent from his first, to Mercedes “Chiquita” Nebelthau, who died in 1992. He confesses in the memoir to the sin of being an artist who put “his art before everything — and everyone — else.” But he’s grateful for having been given another chance.

“I’ve learned over time that there is no such thing as failure,” he said. “You might say having an awful first marriage that ends in chaos and acrimony is a ‘failure,’ but if you learn from what went wrong, the second marriage can be quite lovely.” This has always been true of his art, he says. “You can look at what went wrong and learn from it.”

What troubles Gregory at age 86, aside from the mounting losses that come with living long, are the existential threat of climate change and the ongoing assaults on our democracy. Yet he concurs with the young Polish man who called him “the most optimistic pessimist” he’d ever met.

Does he believe art has a role in staving off disaster? “I’m not sure about changing the world,” he said. “But you can certainly make changes in individuals.” Connection — whether it’s with the man who bought one of his paintings because his child died and “My Dinner With Andre” brought him so much hope or the dying woman who wrote to tell him how much courage she got from “Vanya on 42nd Street” or the Marine who saw one of his films and left the military to become a cellist — is what matters most.

Before signing off, Gregory recalled what a late friend, historian Howard Zinn, once told him: Stay politically engaged, “but most of all, make your art. Art brings light into the darkness.”

For Gregory, an eternal seeker, this has been an article of faith.