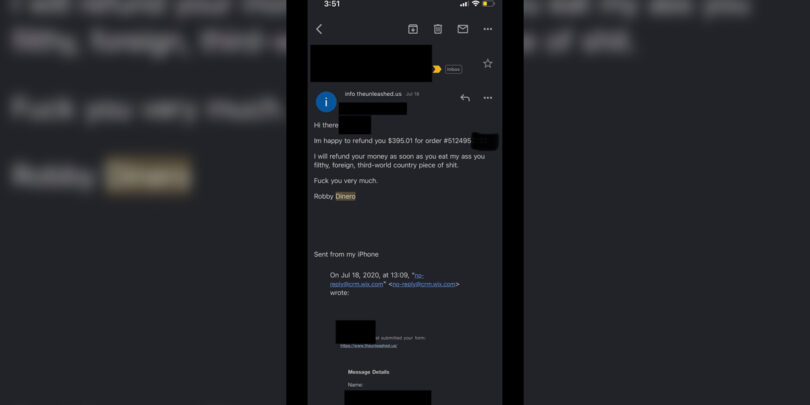 CrossFit LLC removed Buffalo, NY based Athletes Unleashed as an official CrossFit affiliate after a racially charged and derogatory email from owner Robby Dinero was reported by local news blog WNYMedia.net. The email was sent to a Buffalo woman in response to a request for a refund for the Liberty Games competition originally scheduled for March 28, 2020, which was postponed and eventually canceled.

Upon learning about the email, CrossFit reached out to Dinero to confirm the authenticity of the email, which he didn’t deny and CrossFit subsequently canceled his affiliation on Friday.

One big thing: CrossFit’s decision to proactively end Athletes Unleashed’s affiliation over the email stands in stark contrast to how similar issues had been handled in the past. It also underscores how important racial inclusivity and diversity is to new leadership.

More on this: Athletes Unleashed has made national attention in recent weeks for refusing to comply with statewide closure orders and kicking out local health officials attempting to break up a meeting.

Dinero’s actions have since gone viral, receiving dozens of messages of support across the internet, even drawing the attention of CrossFit’s Director of Sport, Dave Castro, who reposted a video clip of the Fox News interview to his 762,000 Instagram followers with the hashtag #SupportYourLocalBox, which has since been deleted.