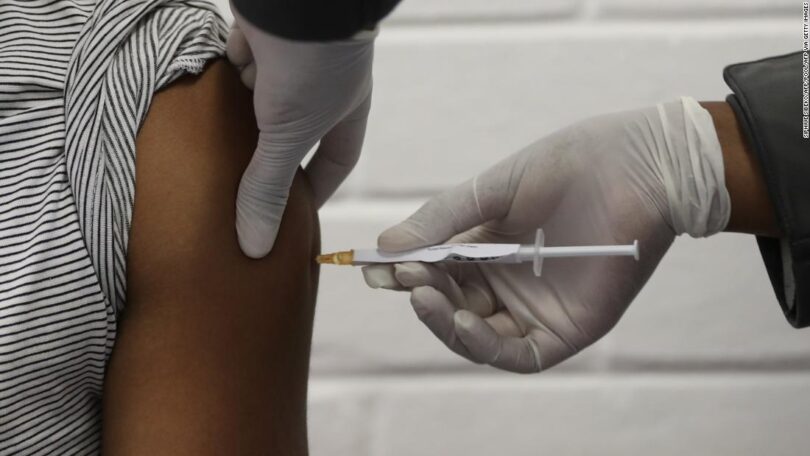 The US Food and Drug Administration regulates vaccines, and its OK is all that’s needed to put one on the market. The physicians fear, however, that after several government blunders during the pandemic, a layer of review independent from the government is needed to give Americans confidence that the shot is safe and effective.

Dr. Kathryn Stephenson, an assistant professor at Harvard Medical School, said she thought of the idea of an independent panel to increase trust in the vaccine after several colleagues told her they did not want to get a coronavirus vaccine when it becomes available.

“I’m hearing this from my peers, from doctors and nurses. They’re not anti-vaxxers. They’re pro vaccine. They vaccinated their own children. But they are skeptical about this vaccine,” said Stephenson, director of the clinical trials unit at the Center for Virology and Vaccine Research at Beth Israel Deaconess Medical Center.

“We’re used to this world where if the FDA or the CDC or the NAS says something is safe and effective, that’s enough, but I don’t think this time that’s sufficient to overturn public skepticism,” said Caplan, referring to the US Centers for Disease Control and the National Academy of Sciences. “I think we desperately need an independent national commission.”

Assurances from the FDA

Stephanie Caccomo, an FDA spokeswoman pointed CNN to an August 18 blog in Health Affairs by FDA Commissioner Dr. Stephen Hahn and two other physicians at the agency that describes steps the agency is taking to “offer reassurance that any potential vaccine will be safe and effective.”
“First, the agency established clear recommendations for vaccine performance prior to the initiation of Phase 3 trials to provide assurance that any authorized vaccine will meet appropriate standards for safety and effectiveness. Second, FDA has committed to use an advisory committee composed of independent experts to ensure deliberations about authorization or licensure are transparent for the public,” according to the blog, written by Hahn, Dr. Anand Shah and Dr. Peter Marks.

Hahn has repeatedly made such assurances to the public.

“I can promise you that when the data are available, FDA will review them, using its established rigorous and deliberative scientific process,” Hahn told Dr. Susan Bailey, the president of the American Medical Association, at a videobriefing earlier this month. “We all understand that only by engaging in an open review process and relying on good science and sound data, can the public, and you as providers, have confidence in the integrity of our decisions.”

Hahn added that clinical trial data will be reviewed by an FDA advisory committee, “which will give us their guidance on any decision that we make.” That committee is scheduled to meet on October 22.

More than half the members of the panel are academic experts who are employed by universities and research centers.

To some experts, Hahn’s words about the advisory committee are at least somewhat reassuring and negate the need to create another panel.

“An independent commission already exists. We’re not FDA employees,” said Dr. Paul Offit, a vaccinologist at the University of Pennsylvania, who is a member of the FDA advisory committee. “We don’t need another level of bureaucracy.”

But Caplan, the NYU ethicist, said he worries that many Americans don’t trust experts anymore, no matter how reputable they might be.

“We’re going to have to get past this relying on expert endorsement. It’s an old school way of thinking from pre-Covid days,” he said.

Stephenson, Caplan, and others say while they respect the scientific and ethical rigor of researchers such as Offit, they think many Americans will be skeptical of the findings of an FDA committee, especially since some of its members work for pharmaceutical companies and government agencies, according to the roster currently on the FDA website.

“The whole topic of COVID vaccines is *already* politicized and many people’s skepticism is fairly entrenched at this point,” Stephenson tweeted on August 22. “I’d like to see an ‘Independent COVID-19 Vaccine Commission’ [whose] sign off is *required* for FDA approval.”

Multiple factors have intensified the public’s skepticism about the vaccine, the doctors told CNN.

First, the name of the government’s vaccine program — “Operation Warp Speed” — can give the impression that the research is being hurried, and therefore could yield an unsafe vaccine.

Two, other government efforts have struggled since the beginning of the pandemic. The CDC was late getting Covid-19 diagnostic tests on the market, for example, and the FDA allowed antibody tests on the market that were inaccurate.

The FDA issued an emergency authorization for the drug hydroxychloroquine to treat Covid-19, only to revoke that authorization less than two months later. More recently, the agency authorized the use of convalescent plasma, even though many experts think there’s not enough data to show it works.

“Given the premature authorization of hydroxychloroquine and convalescent plasma, the FDA is perceived by many as tainted,” said Dr. Rochelle Walensky, chief of infectious diseases at Massachusetts General Hospital.

Three, statements by government officials have not engendered confidence. Earlier this month, Hahn made a statistical error that dramatically overestimated the effectiveness of convalescent plasma to treat Covid-19, apologizing for the mistake the next day.

Then Sunday, Hahn told the Financial Times that his agency could consider emergency use authorization or approval for a Covid-19 vaccine before Phase 3 trials are complete.
“I’m afraid that for the public this sounds like a hot mess, and that’s going to carry forward to the vaccines as well,” Stephenson said.

Stephenson says it’s not that she doesn’t trust the vaccine approval process. In fact, she’s on a team at Harvard researching a vaccine to be produced by Johnson & Johnson.

“I believe in the power of vaccines and I’m optimistic that we will get a safe and effective vaccine. I still want to fight for that and I want the public to come with us on this journey,” Stephenson. “And having an apolitical and independent group could reassure the public during a very partisan time.”

Looking to the UK as an example

The possibility that the entire vaccine approval system will be upended with an extra layer of review is unlikely.

But that hasn’t stopped doctors from advocating for it.

Dr. Joseph Tucker, an infectious disease specialist at the University of North Carolina, saw Stephenson’s August 22 tweet and reached out to her suggesting that they look at an independent panel in the UK that makes recommendations to the government on Covid-19, called The Independent SAGE.

He said he already knows he would want a US independent panel to look different. The British committee is made up of experts, but Tucker envisions having coronavirus survivors, as well as trusted community and religious leaders on any US panel, as well as vaccine experts.

“I want to have a body that’s really trusted. What if members were like, say, Oprah? People who are reasonable and have large followings in the US and are not political and are widely recognized as thoughtful,” Tucker said.

Walensky, the infectious disease specialist at Massachusetts General Hospital, likes the idea, and thinks back to the early days of the HIV epidemic, when gay men protested to take part in policy decisions.

“When they were doing die-ins in front of the NIH, Dr. Fauci said ‘Let them in, I want to hear what they have to say,'” said Walensky, referring to the top infectious disease doctor at the National Institutes of Health. “They had a voice at the table.”

Something similar could be done for Covid-19 decisions, including the reviews of coronavirus vaccines, she said.