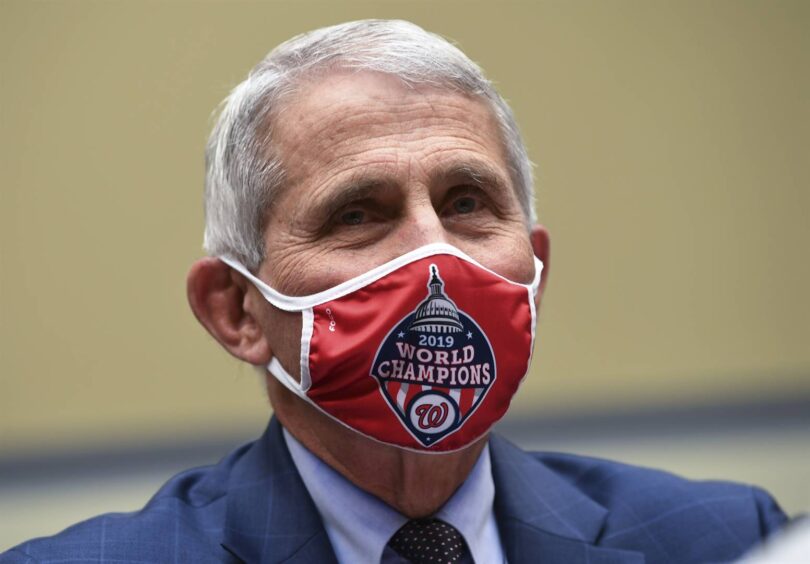 Shutting down a country is not the way to go about fighting Covid-19, said leading US infectious diseases expert Anthony Fauci, who admitted that South Africa appeared to have done better than his home country.

Instead, he said, there should be a unified response to the pandemic and that safer socialisation should be encouraged.

“We have got to get away from the mentality of either shutting down completely or ‘the hell with it, do anything you want to do without any precautions’ [approach]. It is same way back in the days of HIV when we would say just say no to drugs or no sex at all. It doesn’t work that way.”

Fauci is the director of the National Institute of Allergy and Infectious Diseases and has advised six presidents in 36 years.

He was addressing a webinar on Monday night, which University of Cape Town professor, Linda-Gail Bekker, hosted. Bekker is also the COO of the Desmond Tutu HIV Foundation and the former president of the International Aids Society.

Fauci said he was puzzled by people who didn’t take Covid-19 seriously.

“Covid-19 is so different because [of] the spectrum of disease, from 40% of people who have no symptoms to those who have symptoms, and 80% [who] have mild symptoms. And then you have 15 to 25% who [are] severe or critical, leading to the high degree of morbidity and mortality.”

Some people, particularly young people, felt they would easily recover but the virus had, in fact, killed many people worldwide, Fauci added.

“When you try to get a message that [this] is really something really serious, it’s historic in its seriousness, there are still people who don’t take it seriously, hence the great disparity in the United States about following simple fundamental public health guidelines.”

The US recorded the highest number of daily infections over the weekend with more than 83 000 cases in a single day.

During the webinar, Bekker asked if the world should think about safer socialisation, rather than the message that infections could somehow be prevented completely.

He responded that they have to get away from the mentality of either shutting down completely or a situation where people say “th hell with it”.

“We don’t want to shut down the country and destroy the economy but on the other hand we don’t want people to say there is no such thing as public health measures.

“You don’t have to shut down your economy, your factories, all of your business things. You could still do that in a safer way…as opposed to shutting down.”

Instead, people could employ simple measures, like wearing a mask and social distancing.

Bekker noted that were differences in the severity of cases in the south compared to the north and added that she was often asked why Africa appeared to escape much of the predicted doom and gloom.

Fauci said there were probably a complexity of reasons for that and that a unified response by the government was one factor.

In the US, the 50 states had a degree of independence from the central government and showed disparate responses to the pandemic.

“Everybody has got to pull together and in some countries, like South Africa, a smaller country… in my impression, you can do things more centrally.”

“The 50 different states did it 50 different ways and it just didn’t work and that’s the reason why we had that resurgence.”

“We are not pulling together as a unified country whereas other countries I believe, including South Africa, do it much more that way. That is what I think the difference is.”

READ | Trump insists US is ’rounding the corner’ on Covid-19

Commenting on vaccines, Bekker said there were at least three of the candidates in phase 2 in South Africa and we were about to start phase 3 of the trial.

“We will likely know by the middle of November whether or not we have a safe and effective vaccine, at least in those two candidates, with the others not too far behind. We have already started producing in large amounts doses enough to start administering by the end of December, the beginning of January,” he said.