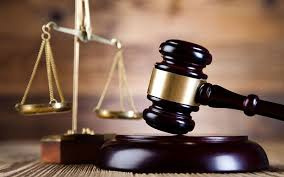 The accused was convicted on his own plea, was sentenced to the fine or in default serve fifty days imprisonment in hard labour.

Prosecuting, Police Chief Inspector George Kwabena Osei told the court presided over by Madam Magdalene Thompson that at about 1430 hours on January 17 this year, Egoe was driving a Hyundai Elantra taxi cab with registration number GW 2730-11, with a friend on board from Tarkwa Na Aboso towards Kawerekaanano in the Tarkwa-Nsuaem Municipality.

According to Chief Inspector Osei, when the convict got to a section of the road, he personally spotted him from afar driving recklessly and suspected Egoe to be drunk, who then suddenly bumped the vehicle into an unregistered Nissan Juke car and sped off.

Prosecution said he then chased Egoe and arrested him, and noticed he was drunk and decided to check his breath with the Breathalyzer at the Gold Fields Security check point at Tarkwa.

He said after investigations the convict was arraigned.