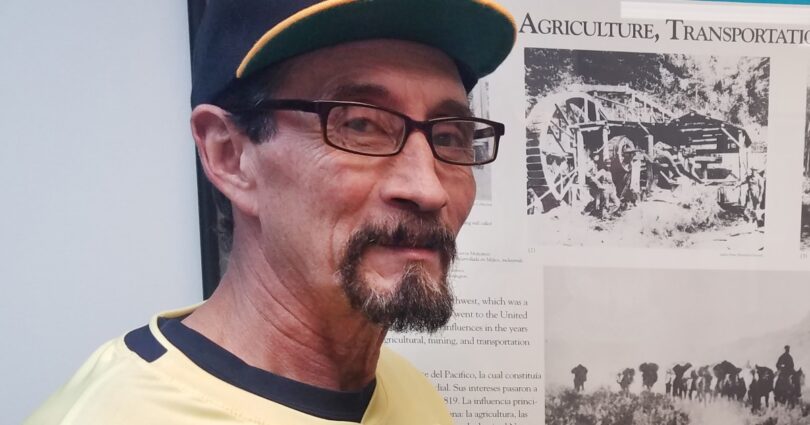 At 64, Jose Martinez-Cuevas considered himself lucky to land a $13.50-an-hour construction job in January at an indoor mushroom farm.

Then the coronavirus hit.

Employees at Ostrom Mushroom Farms in Sunnyside, Wash., started falling ill in April, and the company has reported that roughly 30 out of its 300 workers have since tested positive.

Martinez-Cuevas spent weeks at home with COVID-19, gasping for breath, aching and coughing with high fevers.

He began to wonder: Were the long, narrow growing rooms — where he assembled aluminum racks that would hold mushrooms to be plucked by workers gliding past one another on carts — a prime environment for transmission of the virus?

“That’s an important question,” he said. “Now there’s a lot of fear among workers about COVID.”

Outbreaks struck at least half a dozen other mushroom facilities in Tennessee, Colorado and Pennsylvania, sickening scores of workers.

“It was all-consuming there for a few weeks,” said Teresa Harrill, director of the health department in Loudon County, Tenn., where the virus infected at least 80 of the 600 workers at one plant.

U.S. demand for mushrooms — prized for being low in fat and high in protein and fiber — has soared in recent years, with sales of $1.85 billion in 2018.

Unlike most produce, mushrooms are grown indoors — the very place that research increasingly indicates that the coronavirus is most apt to spread.

Racing to catch up with competitors abroad, U.S. growers have been erecting increasingly large, automated facilities, including the $40-million plant that Martinez-Cuevas helped build in central Washington.

The operation started up in April and by August was producing 150,000 pounds of portobellos, creminis and white buttons a week from eight of its 48 growing rooms, each 140 feet long.

“That facility may be cutting-edge for growing mushrooms, but it has not been developed with the safety of workers in a global pandemic in mind,” said Elizabeth Strater, an organizer for United Farm Workers.

Industry executives stressed that the facilities have advanced ventilation systems that circulate filtered air in growing rooms and that workers wear gloves, smocks and hair nets and walk through foot dips filled with disinfectant.

“Our environment is one of the safer ones to work in,” said David Knudsen, Ostrom president and chief executive. “Sanitation and hygiene are a big deal on a mushroom farm on a normal course, and even more so now.”

He acknowledged that employees did not wear masks early in the pandemic but noted that public health officials gave conflicting guidance, initially advising that scarce supplies of personal protective equipment should be saved for health workers.

Bruce Knobeloch, vice president for marketing and product development at Monterey Mushrooms Inc., which owns the Tennessee facility, said that shutting down plants — as the meat industry has done in response to mass infections — would be unwarranted.

“Some of these meat plants have got thousands and thousands of employees standing right next to each other,” he said. “Mushroom farms are not like that.”

The company, based in Watsonville, Calif., is billed as North America’s largest mushroom grower, with a total of 4,000 workers at nine farms across the country producing more than 200 million pounds a year.

A Loudon County health official said that a worker at the Tennessee plant had died, but Knobeloch said he was unaware of a fatality.

In addition to the outbreak in Tennessee, roughly 80 workers were infected at one of the company’s other facilities, he said, declining to identify the plant.

The company has since installed plexiglass and plastic sheeting, increased disinfection, staggered shifts and break times and increased communication with workers in English and Spanish — after which infections markedly declined, Knobeloch said.

Health authorities in Yakima County, which once had some of the highest infection rates on the West Coast, inspected the Ostrom plant in Sunnyside after the outbreak and recommended screening workers for symptoms and improving social distancing.

The company has boosted hygiene, mandated that workers wear masks and implemented temperature checks before shifts.

Separately in May, the Washington Labor and Industries Department began investigating Ostrom after receiving a complaint alleging workers were not using gloves when disinfecting equipment, according to a spokesman, who said he could not comment further on an open investigation.

Martinez-Cuevas acknowledged that he had no way of knowing whether he caught COVID-19 at the farm. “It’s in the community. It’s everywhere,” he said.

After he tested positive, so did his son, Emmanuel, 20, who lived with him. Emmanuel, who was unemployed at the time and had a relatively mild case, recovered and found work as a carpenter.

Martinez-Cuevas said that no one from Ostrom contacted him during the two months he was ill and unable to work, while friends and family members called every day.

All the while, he was struggling to pay his mortgage and other bills, calling around to creditors and asking them to hold off. Ultimately, Ostrom paid him for two weeks of the time he was off, he said.

In late June, he returned to work at the plant after a doctor told the company he was ready. He works shifts as long as 13 hours, six days a week.

“I didn’t necessarily want to go back, but I need the work,” he said. “I do wonder if I could maybe get sick again.”