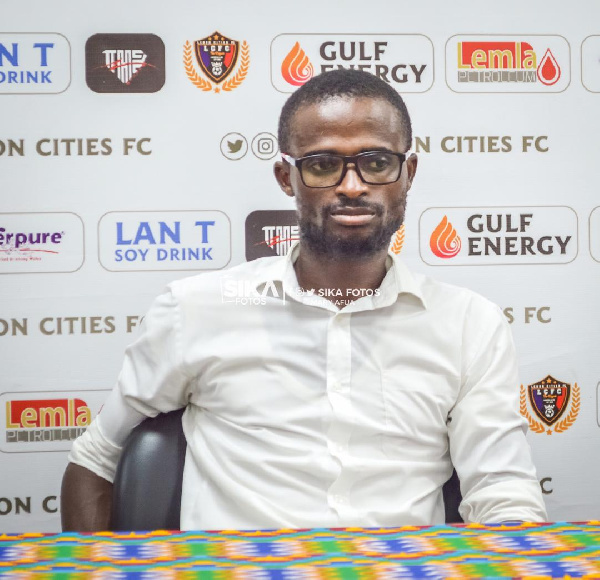 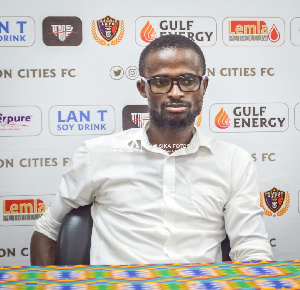 The coach of the moment after two games into the Ghana Premier League is Ignatius Osei Fosu who once coached Liberty Professionals, Right to dream, Somalia national team (junior sides) just to mention few.

He is seen as a vociferous when in the dugout. His first match saw a draw with Kumasi Asante Kotoko. It was luck that shone at the face of Kotoko had it not been that, they would have conceded a hefty of goals especially in the first half.

This was due to the tactical prowess of him. Many thought they were just motivated to play against Kotoko but after their second game against Dwarfs at the Ohene Ameyaw Park, they have really shown that on their day they can torment any opposition they meet.

After the game against Dwarfs, Prince Annang asked him of what he has added to the team. He quickly replied that “commitment, efficiency and productiveness are the virtues we strive on and the boys understand that.

He went on to say that their home will be a slaughterhouse for any team that visits Ohene Ameyaw Park.” We look forward to seeing what will happen in their subsequent matches.