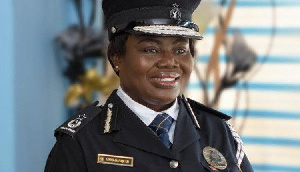 The Director-General of the Criminal Investigations Department (CID), Maame Yaa Tiwaa Addo-Danquah, has been reassigned by the Inspector General of Police, James Oppong-Boanuh.

She is now the Director-General in-charge of Welfare at the Ghana Police Service.

Tiwaa’s reassignment was announced in a statement signed by the IGP today, Friday, January 3, 2020, and supposed to take effect on January 15, 2020.

She was reassigned together with 23 other top officials of the service.

Find below the full statement by the IGP