Children’s well-being; what are the benefits of nature for children?

Home » Children’s well-being; what are the benefits of nature for children? 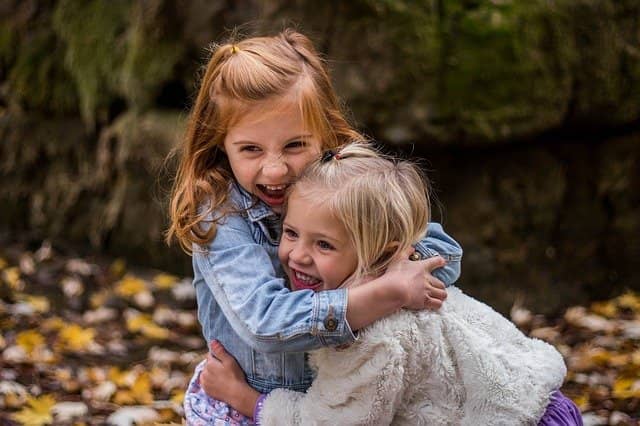 Children’s well-being; strolling in the forest, swimming in a river, picking flowers, observing flora and fauna… Nature makes us feel good. And this is especially true for our children, naturally drawn to all the beautiful gifts that mother nature gives us.

Do urban and rural children present the same level of well-being? Several studies have already looked at this question, which is of interest to more than one parent. These studies have shown in particular that children’s contact with nature has a direct link to the following positive effects:

A low level of stress.

Conversely, children who do little outdoor activity exhibit poorer psychological well-being. And the well-being of the child can have consequences for his health. For example, in some large urban areas, mental health disorders affect up to 16% of children.

To better understand the link between child well-being and connection to nature, a study was recently conducted among preschool children (between 2 and 5 years old). Parents were asked about the following four themes to obtain a connection to nature score:

The enjoyment of nature, that is to say, the pleasure that a child feels in contact with nature.

Responsibility towards nature, in particular respect for fauna and flora.

Awareness of nature, such as where food comes from or the name of different species of plants and animals.

2. Children’s well-being; More nature for the emotional balance of children

The Parma Declaration on the Environment and Health requires providing each child with green spaces within a perimeter of 300 meters. For example, in Hong Kong, 90% of the population lives within 400 meters of these green areas; however, parents very little frequent them because often considered “dirty” or “dangerous.”

Scientists have also set up interviews with families to find out about the psychological well-being of children. A total of 493 families with children aged two to five participated in the study.

The results revealed that children who had a closer connection to nature had fewer behavioral or psychological problems were less anxious, less hyperactive, and exhibited prosocial behavior.

Even with these winter temperatures, put on your boots and take a family walk in nature!

After developing and validating this questionnaire, the researchers analyzed the relationships between the score of connection to nature and children’s psychological profile. A study about the psychological functioning of children was by integrating five aspects:

Relationship problems with other children.

According to the researchers, increased exposure to nature increased students’ memorization ability by 5% and decreased their inattention in class. Also, observation of progress was in 9% of schoolchildren who had difficulty memorizing. They explain this progress in part by reducing exposure to air pollution, especially elemental carbon linked to urban traffic.

5. Children’s well-being; Nature contributes to the good health of children

In addition to providing them with real physical and emotional well-being, being in daily contact with nature would allow children to be less sick. In fact, a psychologist declares that on average, in traditional nurseries, children are absent due to illness 8% of the time, against only 3% for nurseries located in the heart of nature.

6. Children’s well-being; Learn in and through nature

Fresh air + physical activities: the recipe for making healthy and robust children? We suspected it a little. But did you know that snorting around in nature also promotes learning? First of all, because it develops creativity. We have to make do with materials that do not have a prescribed function; a stick, for example, it’s a sword, it’s a fishing rod, it’s the mast of a boat… that’s what we decide to do with it. Make way for the imagination! Children who are used to playing outside know better than others how to occupy themselves with nothing, invent new games and crafts. They are also more persevering in what they do, observers note. Playing in groups in open spaces also develops mutual aid and cooperation between children. Shall we build a cabin? A fingerprint trap? If we want to play together, we have to talk to each other to decide what we’re going to do. And for that, we have to expand our vocabulary, learn the names of plants and animals. Finally, nothing like playing in nature to boost children’s motivation and desire to learn. The environment is new; there is a lot to discover; children ask themselves questions; they want to know the answers. It’s up to us to feed their curiosity.

In nature, we see colors, smell odors, touch different materials, hear animal noises, and even taste the fruit. All this facilitates, among other things, memorization in children. He grasps that the leaves of the trees are green, and the color will be filed in his memory.