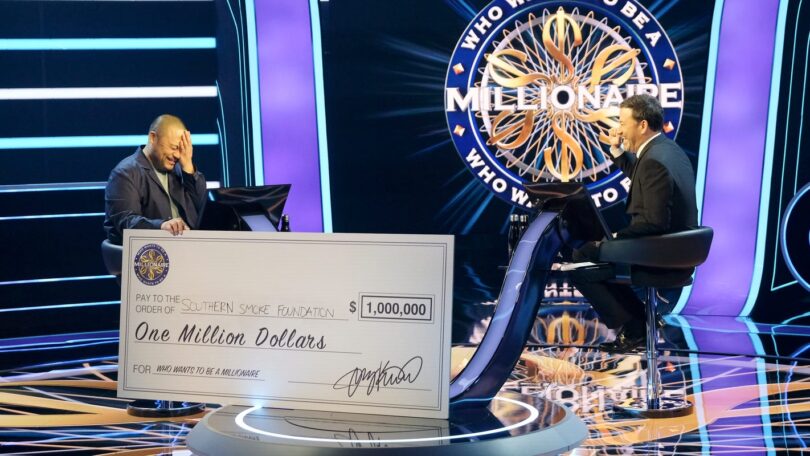 David Chang, the founder of Momofuku group, chef, author and television personality, is the first celebrity to have ever won “Who Wants To Be A Millionaire.”

The quiz show is in its second season of a revamped, celebrity-centric version of Regis Philbin’s original “Who Wants To Be A Millionaire.” This season is hosted by Jimmy Kimmel on ABC and features celebrity contestants playing for charity in addition to front-line workers and others impacted by COVID-19.

As a result of his victory, Chang was able to give Southern Smoke Foundation, an organization that provides crisis relief for people working in the food and beverage industry, $1 million to help restaurant workers struggling amid the COVID-19 pandemic, which has had a crushing impact on the restaurant industry and forced Chang to close some his own restaurants.

USA TODAY sat down with Chang (virtually) to discuss the win and how restaurants are faring in the midst of a pandemic that has infected millions across the country, forcing Americans to stay home, cancel travel and change their dining habits. This interview has been edited for clarity and length.

Question: How does it feel to be the first celebrity to have won a million dollars for charity?

David Chang: I honestly can’t believe it happened – I still haven’t processed it. It’s so insane that I even got to do the show to begin with, but then I am actually mostly in shock that I decided to go for it – what was I thinking?

Q: The idea to go on ‘Who Wants To Be A Millionaire’ – was it a no-brainer?

Chang: I had to think about it because it was filming. No. 1, I wanted to make sure things were safe, but secondly, it is something I grew up watching the very first few seasons of it because it was something like nothing I’ve ever seen. I’m friends with Jimmy, too, so that was a plus. I would not have done it if it wasn’t for charity

Q: How was it onstage throughout the process?

Chang: I’m a very stressed out person to begin with. I watched that first episode with my wife, and she knows me very well and she’s like, ‘Oh you really didn’t know that answer,’ and we’re talking about the first five questions.

When you’re watching it, you’re like, ‘Of course, that’s the answer,’ but when you’re in that chair, … all coolness and rational thought go out the window.

Q: Apart from choosing teammates, including Alan Yang and Mina Kimes(each contestant is allowed an expert guest and the opportunity to phone a friend, among other lifelines), how did you prepare?

Chang: I had watched some of last year’s first season with Jimmy and tried to answer some of those questions. And I was like, ‘oh man, I don’t know a lot of those things.’ I (also) started to play the app – the game – and I never made it to a million dollars. I was petrified because I just didn’t want to be the first person to lose the first question.

Q: Tell us about the pressure of the final question.

Chang” When I got to the last question, I was so full of adrenaline I just decided to go for it.

In that moment, I was like worst-case scenario it’s $32,000 (for Southern Smoke if I get the answer wrong) and then I’m a laughingstock because half a million dollars for charity is huge. And I was like, man, I don’t want to lose that $468,000, and I remember thinking, that would be terrible. But I like to gamble, and I started to play it out in my head.

Then I thought, this is for Southern Smoke, Southern Smoke is for the hospitality industry and we are going through some horrible times. We are in such a bad shape that half a million dollars isn’t enough – and neither is a million dollars – but I wanted to put emphasis on it and raise awareness of the problem, so it was worth the chance.

Q: Tell us a little bit about Southern Smoke and what they’re doing.

Chang: At the core of it, it’s always been to help people in need in the restaurant industry that need financial support. Since the pandemic, (Southern Smoke has) shifted to giving money to individuals that need it because we’re not getting the support we need from the federal level or state level.

Q: COVID-19 has put the restaurant industry in crisis. From your perspective as a restauranteur, how is it being handled?

Chang: The real issue isn’t about me or restaurants but the people who work the restaurants and the fact that they don’t have a safety net. Unfortunately, a lot of the assistance is being bogged down by politics. We need to be helping the people in need.

Q: What’s the trajectory from the position that you see now?

Chang: If there’s no assistance, it’s going to get a lot worse. It didn’t have to be this way. We could have been shut down and we could have ended this if we had governance in a proper way. But even with a vaccine and even when things get safer to travel, this has fundamentally shifted how people eat food.

Q: How are you handling the pandemic within your own business?

Chang: We’re figuring out. We’re first and foremost trying to make sure we’re operating in the safest way possible for the employees and the diners. We’ve pivoted like every business has done, and we’re focusing a lot of our efforts on consumer product goods. We’re selling salts and spices and soy sauce and things, and we’re very fortunate that we have those means. But not everyone does.