Charities struggle amid COVID-19, how to give - Republik City News 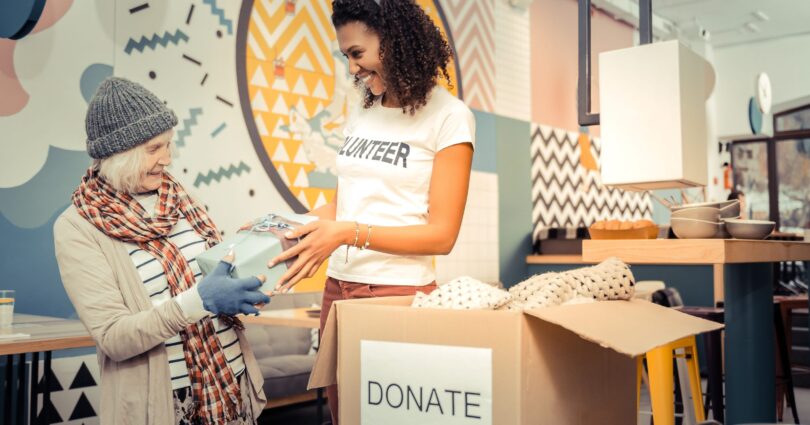 Tap into your inner-philanthropist and better your community by using these tips.

When Kazi Mannan opened his restaurant in Washington, D.C., in 2013, he vowed to provide free food to the homeless, but when the coronavirus pandemic hit, he could hardly afford to feed himself.

Worried he would have to shutter his restaurant, which serves Indian and Pakistani cuisine, Mannan did something he’d never done before: He asked for donations. In mid-November, he set up a GoFundMe campaign and reached out to local media to share his story.

He has since received more than $300,000 from people all over the world and pledged to continue his mission. Mannan said he planned to open Sakina Halal Grill for two hours on Thanksgiving afternoon to serve free meals to anyone. He also planned to use some of the money to start a charitable foundation to help other restaurants learn how to feed their communities.

“I’m overwhelmed and overjoyed,” Mannan said. “I created a wave of love. Today I am receiving it back.”

Mannan’s is not the only business having a hard time serving those in need amid the pandemic.

Many charitable organizations are struggling as donations decrease and demand for their services increased amid pandemic-fueled unemployment. But industry experts are hoping Americans will find creative ways to give back this holiday season.

Donations to nonprofits plummeted in the first quarter of the year as lockdowns began and layoffs skyrocketed, said Rick Cohen, chief communications officer for the National Council of Nonprofits. In May, half of the charities that responded to a survey by the Charities Aid Foundation of America said they expected donations to fall by at least 20% in the next 12 months.

Cohen said that although giving has rebounded in recent months, particularly to health and food security organizations, it has not risen to the level of demand in most places.

“We’re looking at a lot more people coming to us at a time when we’re just trying to survive,” he said.

Donations generally account for more than 14% of the overall revenue of nonprofits. Nonprofits generally earn more than 80% of their revenue through private fees for services and through government grants and contracts, according to the National Council of Nonprofits. Cohen said that although some charities rely on donations more than others, many groups are nervous because a recession could mean their government funding is also in jeopardy.

“There’s so many nonprofits that don’t know if they’re going to make it,” Cohen said. “The longer things go on without further relief from the White House, it’s going to be a very difficult season for nonprofits.”

Cohen said he is optimistic people will continue giving and pointed out that there is an extra incentive for those who donate to charity this year: Taxpayers can take a charitable deduction for the first $300 they donate without having to itemize their taxes.

December is always the biggest month for donating, and Giving Tuesday, an annual day for charitable giving on the first Tuesday after Thanksgiving, kicks off the season this year, according to organization’s chief data officer, Woodrow Rosenbaum.

Rosenbaum said that despite the decline in the first quarter, the most recent data he has seen shows that giving is up 20% year over year in all categories to both nonprofits and small businesses like Mannan’s. He said it’s too early to tell if the upward trend will continue through the end of the year, but like Cohen, his organization is optimistic.

Want to volunteer? Here’s why you shouldn’t volunteer at a soup kitchen on Thanksgiving

Here are 5 ways to help those in need: Have you thought about donating miles or reward points?

“The pandemic is motivating a lot of generosity,” he said. “People are finding generosity as an antidote to fear, uncertainty, division.”

If you are unable to give financially this year, Rosenbaum suggested virtual volunteering, letter-writing campaigns and even sidewalk chalk messages as safe options amid the coronavirus pandemic. He said it has always been a best practice for nonprofits to seek out more than just money.

“It’s certainly not just about monetary donations any time of the year or any year,” he said. “The variety is just enormous. I think what we hope is we’ll see on Giving Tuesday this year, just as we usually do, is people reaching out proactively to identify the organizations and causes and the specific ways that they can help.”

He added that Giving Tuesday is just one day, and his organization is looking forward to “celebrating people’s generosity for the rest of the year and beyond.”