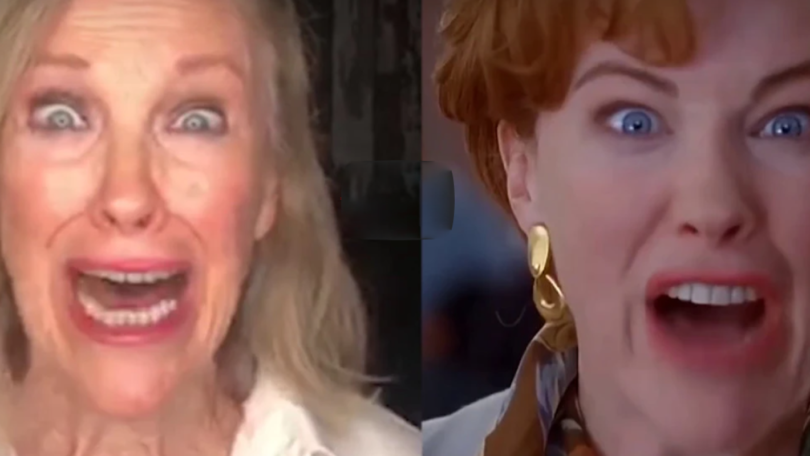 A new generation is discovering that “Schitt’s Creek” star Catherine O’Hara is Kevin’s mother in the “Home Alone” series in classic style.

The Canadian-American actress, 66, re-created the entire scene from the Christmas classic during a tribute to the legendary John Hughes, who wrote and produced the film. The “Reunited Apart” Hughes special hosted by Josh Gad aired in June.

But O’Hara’s perfect reaction replay to her “Home Alone 2” performance, 28 years later, was highlighted solo in the TikTok post.

More: ‘Schitt’s Creek’ set seven-Emmy record because the comedy is simply the best

Yes, O’Hara even replayed the faint the second time around, as true comic geniuses do.

O’Hara, best known to a new generation for her Emmy-winning role as Moira in “Schitt’s Creek,” has seen her past work rediscovered in instant fashion.

Meanwhile, those in the know about the beloved Canadian TV series “Second City Television,” that ran from 1976 to 1984 with O’Hara a principle player, took the opportunity to rub in the knowledge.

“Wait until Americans find out that Catherine O’Hara and Eugene Levy have been working together since the 70s, when they were both in the ‘Second City’ cast,” sniffed one unamused Twitter user.

Of course O’Hara has starred in classic comedies like “Best in Show,” “The Mighty Wind,” “For Your Consideration” among many, many others.

“Every time someone discovers the larger filmography of Catherine O’Hara, an angel gets its wings. And that angel is probably a little drunk,” wrote Canadian journalist Norm Wilner on Twitter, attached to a guide to O’Hara’s great performance.

Every time someone discovers the larger filmography of Catherine O’Hara, an angel gets its wings. And that angel is probably a little drunk. https://t.co/s51yHJ3Yrz