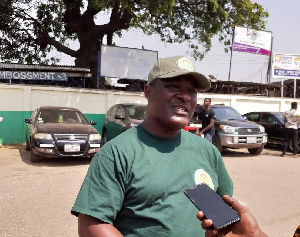 Car owners, who thronged the Accra Regional office of the Driver and Vehicle Licensing Authority (DVLA), have expressed satisfaction at the smooth processes in issuing new number plates to them.

Unlike previous years, where the processes took them a whole day to get new number plates or other services, the use of digitisation has improved the system in an effective and efficient manner.

Mr Bright Amuzu, a Car owner, told the Ghana News Agency that the process was smooth compared to previous years, where most cars were parked inside the office yard waiting to be attended to.

“I used less than an hour to go through the necessary procedures for my new number plate. The process was simple and accommodative, the only challenge is the queue at the banking hall,” he said.

Mr Francis Agbeke, who got his new number plate within an hour, said the processes were fast, commending DVLA for the innovation in facilitating the processes.

“My concern has to do with the customs unit, where it takes time to validate the documents due to a large number of cars, but in all the process was moving steadily.”

Ms Praise Gbeho, a Car owner, said she was yet to get a number plate, but was impressed with the procedure so far.

“The process has minimised the human interface and it is a good idea because, in previous years, we had to abandon our work and spend the whole day to get services rendered at the DVLA office”.

Mr Atta Kumah Mensah, the Greater Accra Regional Manager, DVLA in an interview said the process was smooth because, in 2019, they encouraged most car owners to do pre-inspection to facilitate the process in 2020.

The DVLA from January 2, 2019, commenced the use of an electronic platform to register vehicles to ensure that the time spent at the DVLA was reduced to prevent crowding.

The vehicle owners were to present the vehicles to the Private Vehicle Test Station (PVTS) for inspection, present vehicles to DVLA for customs clearance, technical inspection and identity check.

“We have deployed more points of service, where officers are assigned in various offices giving approval to new numbers. We have also added up to the number of roadworthy machines from two to four. We have also deployed an online vehicle registration system running alongside the manual. Private vehicle goes through the digital system, while the commercial vehicles and other cars go through the manual system”.

Mr Mensah said the Authority had a lot of points of services for clients and three points of payment systems to streamline the system.

He urged vehicle owners to desist from seeking the help of middle-men, popularly known as “goro boys” to avoid being swindled.