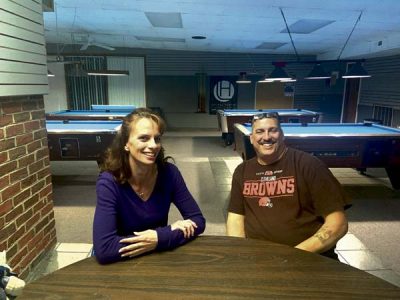 CANFIELD — Business owners in the city now have a way to network with one another and communicate their needs with officials who want to see them succeed.

Mayor Richard Duffett’s business forum meets quarterly to update business, nonprofit and school representatives on plans and projects in the city and to let them interface with each other.

About 40 people showed up for last month’s meeting Dec. 20, which Duffett said was a great turnout so close to the holiday. “This is for you,” he told the crowd. “This is not for us.”

The mayor said he’s heard from residents and businesses that they want more dining options downtown after 5 p.m., more retail establishments, improvements to Fair Park and support for small businesses that contribute to the city’s quality of life.

“Canfield is growing,” Duffett said, explaining the success of schools attracts people to the community and citing the new Ace Hardware and remodel of McDonald’s as successful projects in 2019.

City Manager Wade Calhoun said a comprehensive plan to show “where we want to be in 10 years” should be complete by spring. The plan focuses on the village green, where the feasibility of a roundabout is being studied. Plans are also underway, he said, for a full schedule of events on the green, including a safety day in June, a casino night in July, family movie nights in the summer and a fall festival. “It’s the gem of Canfield,” he told the forum last month.

Taylor Bakos, general manager at Anytime Fitness, said business has been “booming” since the 24-hour facility opened late last year on South Raccoon Road. It offers a gym, personal training and services from a dietitian. She said she attended the forum to meet other business owners and to highlight what the fitness center has to offer.

“It’s nice to get out in the community and get to know (other owners),” she said.

Larry Juergens opened USA Billiards, 420 W. Main St., in October — but said business has been slow. He’s looking to the city for help in getting the word out but worries he may have to close soon if things don’t turn around.

The pool hall also has foosball, air hockey, ping pong and darts and houses Juergens’ other business, Big Boyz Toyz, a repair shop where he fixes and refurbishes pool tables. It also has a storefront where related items are sold. The service and retail portions of the business are stable, he said, but people don’t seem to know the pool hall is there.

Juergens said he wants to provide a place for young people to socialize and play games in an environment without alcohol. “My main focus is kids,” he said. “I want to give them something to do other than play on their phones.”

He opened the hall for a free day of play in December and said attendance was great, but a New Year’s Eve event was not well attended.

Juergens, 53, also works full time for Envelope 1 in Columbiana and is originally from Loudonville, but moved here with his wife, Regina, and their daughter, Kaylee, because Regina is from the Mahoning Valley.

He admits he opened the business in a tough corridor for development, saying, “No one’s investing in this part of town.”

He hopes to generate interest by starting an in-house pool league for men, women and juniors, as well as lessons and a place for birthday parties.