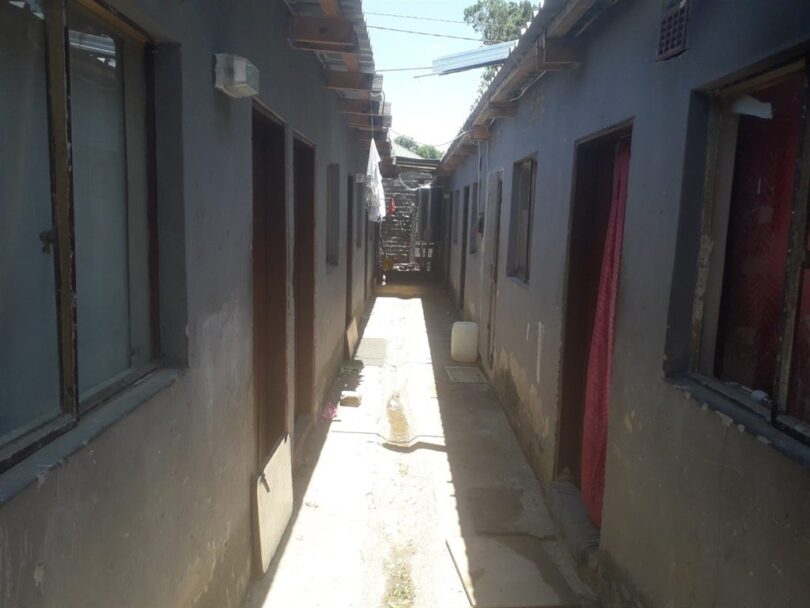 Some of the 48 rental rooms built on a recreational park in Roodepoort.

The Hawks have arrested a Roodepoort businessman who owes the City of Johannesburg millions of rand in unpaid electricity consumption for allegedly attempting to bribe officials.

The man was arrested on Monday after he allegedly attempted to bribe City power officials with R25 000 not to cut illegally connected power from his premises.

He owes the municipality around R3.4 million.

The 55-year-old man was arrested during a sting operation led by the Hawks and City Power Revenue Protection Unit.

He was among many business owners who were targeted by City Power last week for illegally connecting power to their premises.

During a raid at his business last week, officials found that electricity and water were illegally connected.

At the time, he told officials he owned a 48-roomed housing unit built on a municipal recreational park opposite his business.

He claimed he had leased the recreational park from the City and was granted permission to build rental properties, of which he charged R1 650 per month to his tenants per room.

City of Johannesburg MMC for Environment and Infrastructure Services Mpho Moerane was present when the businessman was arrested for alleged bribery.

City Power spokesperson Isaac Mangena said the business owner approached officials to negotiate leniency after his business was found to be stealing electricity.

“It is not clear how long the man operated the business without paying for electricity, but he is estimated to owe the City about R3.4 million over a period of three years. He offered R5 000 to the senior technician who was leading the disconnection, and R10 000 each to the two City officials.

“A sting operation was set up and the suspect was arrested after paying City officials almost R10 000, promising to pay the balance later,” added Mangena.

Moerane said the arrest should serve as a warning to others to start paying for electricity.

“This man can afford to pay for electricity. He is not indigent. He makes money from his business and has 48 rooms next door that he is renting out, which are illegally fed electricity from the … business. We are going to intensify these operations especially on businesses across the City of Johannesburg,” Moerane added.

The businessman is expected to appear in the Roodepoort Magistrate’s Court on charges of corruption and bribery.