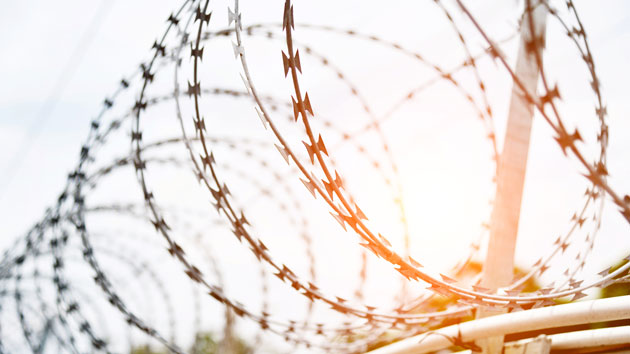 iStock(WASHINGTON) — The Bureau of Prisons will make hiring a main priority in the coming year and will also be cutting internet usage for its employees to “limit distractions,” Director Kathy Hawk Sawyer stressed in an internal email to prison staff that was obtained by ABC News.

“Although technology serves us well in many of the security and communication features we utilize, we must not allow technology to be our enemy by taking our eyes and ears off the interactions around us or limit our face-to-face interaction with staff and inmates,” Hawk Sawyer wrote in the email.

She added, “Also, internet access on government devices and computers should be used only to complete required daily work. Some internet access will soon be curtailed so that distractions will be eliminated.”

While Hawk Sawyer didn’t make a direct reference to the Jeffrey Epstein case, recent court documents said the two officers in charge of watching over the Epstein’s cell were catching up on a sports news site and looking at motorcycle sales, the night the convicted sex offender and financier died at the Metropolitan Correctional Center in Manhattan.

One of the biggest issues surrounding the Bureau of Prisons is the lack of staffing required — in some cases, one source described MCC’s staffing to be operating at only half-capacity. Hawk Sawyer addressed the issue head on in her email.

“In addition, we are taking a fresh look at what staffing level is correct for each institution,” she said.

Hawk Sawyer said Attorney General William Barr made a “personal appeal to [the Office of Personnel Management ] to expedite our request” to hire at the local level.

“Special Housing Units continue to be a major focus. I commend those of you who work in our SHU units for your renewed commitment to ensuring that we adhere to our policy requirements regarding rounds and counts in SHU. Individual inmates in these units may be particularly vulnerable to suicide and other mental health concerns due to the restrictive environment,” she said.

A BOP spokesperson said Hawk Sawyer is focused on a “back to basics” approach, emphasizing sound correctional management.

“Her message regarding limiting or removing unnecessary distractions inside Bureau facilities, such as internet access on government devices and computers, or cellular communication using smart watches and other technology, is one of a number of areas under review to enhance on the job safety and security in Bureau institutions,” a spokesperson told ABC News.

The spokesperson added, “The need to use such technology, such as the internet to perform vital job functions for specific duties and positions will be reviewed, and access will be tailored accordingly to ensure a safe and professional environment.”

A source familiar with the matter said the letter from the director was met with “anger” from rank and file officers.