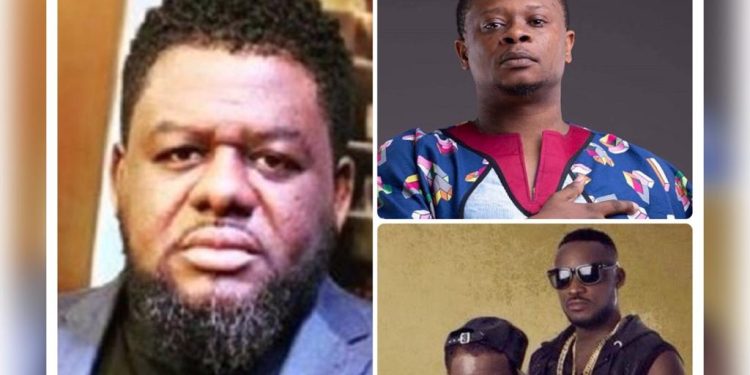 Appiah Dankwah (Appietus) in an interview on Citi TV’s ‘Upside Down’ show on Sunday, January 15, 2023, revealed that he started earning dollars after a white man put his songs on digital platforms following an agreement.

According to the legendary music producer, he started receiving a huge sum of money a few months after putting the songs on the digital platforms.

The legendary music producer’s revelation has inflamed Bulldog. In a Facebook post sighted by Ghanaweekend.com, the outspoken artiste manager threatened to sue Appietus for allegedly feeding his family and himself for 10 years with popular defunct music group, 5Five’s songs he (Bulldog) executive produced and promoted.

“Appietus, you will pay for every Dollar you collected off my investments, and you will pay with interest… You have been feeding your family and yourself with our investments for 10 years by selling 5Five songs – executive produced and promoted by Bullhaus Entertainment on digital platforms globally without our permission – Get ready -Time to pay up. You will hear from our counsellors,” Bulldog fumed.

Appietus has produced over 250 smash hit songs. 5Five’s ‘Muje Baya’ [Move Back] remains one of his all-time hit productions.