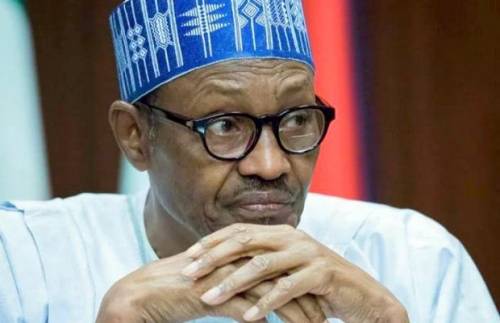 Reacting to the murder of more than 43 farmers in Borno State on Saturday, Kola Ologbodiyan, spokesperson for the party in a statement says Buhari is always shocked by the death of citizens but never takes any action to salvage the situation.

The statement reads, “The PDP condemns, in the strongest terms, the gruesome beheading of 43 innocent farmers by insurgents in Zabarmari, Borno State.

“The party describes the act as extremely wicked, devilish and must not be left unaddressed.

“The PDP notes with pain that this horrific killing of compatriots comes as yet another of the recurring horrid testament and badge of failure of the President Muhammadu Buhari-led APC administration to secure our nation and guarantee the safety of lives and property in our country.

“Indeed, our party is distressed by the escalated killing and maiming of innocent Nigerians by insurgents, bandits and marauders, who have continued to ravage and pillage our communities, while the lazy and lethargic Buhari administration continues with its lip service, rhetoric and false performance claims.

“The PDP is particularly disturbed because of the failure of the Buhari presidency to take decisive action despite a series of concerns raised by Borno state governor, Baba Gana Zulum, of security compromises in the state.

“The Buhari administration appears helpless while our national security structure seems to have collapsed. Our nation seems to be on autopilot with no one in charge while the ship of the state continues to drift.

“Such attitude by the Buhari administration has continued to encourage insurgents to the extent that they now attack military formations, convoys of state governors and engage in the wanton beheading of our compatriots. “