Home » Brackenfell High: City of Cape Town wants the EFF to pay up for damages caused during protest 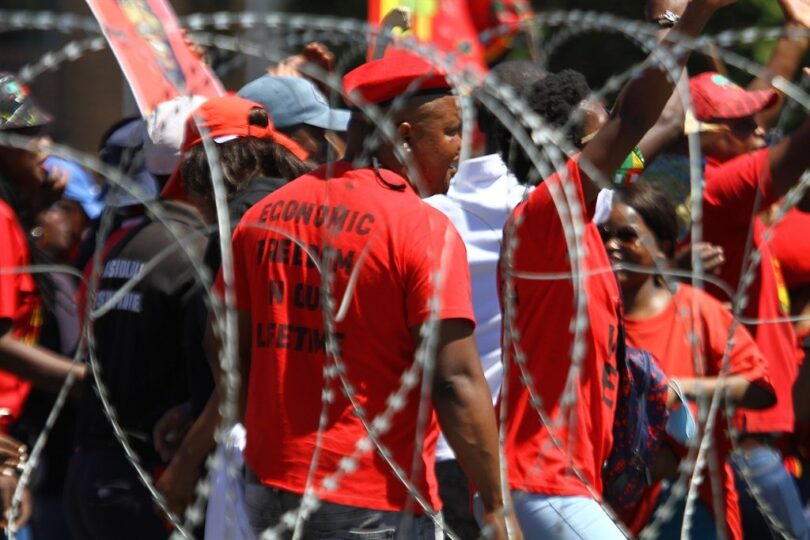 The City of Cape Town intends to take civil action to recover the cost of damages caused to municipality property during the Brackenfell High School protest on Friday.

The City said they are still determining the total cost of the damages.

“Preliminary reports indicate a fire engine was torched, roads and traffic lights were damaged, and a field was set alight by EFF protesters. Car dealership windows were smashed at the corner of Paradys and Old Paarl Road, with private vehicles damaged due to stoning and several shops looted, according to reports,” said the City in a statement.

Stun grenades were used and several people were arrested after a man tried to address the EFF’s secretary-general Marshall Dlamini on stage.

SAHRC Commissioner Chris Nissen believes the police response to the EFF’s protest in Brackenfell could have been handled differently, and also expressed concern about “hate speech” heard at the party’s march on Friday. | @itchybyte https://t.co/ePdyqQDCS4

The EFF were at the school to protest allegations of racism.

Before the protest, the City had filed an urgent interdict, which was denied, in a bid to stop the protest.

Cape Town mayor Dan Plato accused the EFF of breaking the agreed-upon conditions with SAPS and the court.

“The EFF made it clear that they have no regard for the rule of law, and the City manager has indicated to me that senior officials are assessing the cost of the damage to City infrastructure.

“Once a full assessment has been done, the City will be recovering these costs from the EFF.

“I want to assure the public that we will not tolerate lawlessness in this City, and the EFF will be held accountable for the damage caused,” said Plato.