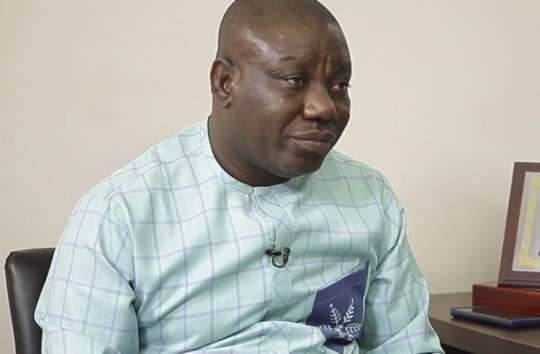 The National Democratic Congress’ (NDC) Member of Parliament for Bolgatanga Central, Isaac Adongo is mounting pressure on the Governor of the Bank of Ghana, Dr. Ernest Addison.

Adongo wants the BoG Governor to resign after accusing him of being incompetent.

“This is a man who has failed to come to Parliament for the past 3 years in violation of his own law. He was supposed to report to us every 6 months to update us on our forex developments but does not show up. And he goes around calling others for meetings. He should have resigned by now.”

“Exchange rates do not respond to meetings. They have a lot to do with the lack of liquidity in the market. The exchange rate we have now is as a result of the incompetence are seeing.”

Isaac Adongo, who is also a member of Parliament’s Finance Committee, made the call on the back of a request by some Majority MPs for the Finance Minister, Ken Ofori-Atta and the Minister of State at the Finance Ministry Charles Adu Boahen to be sacked.

Mr. Adongo welcomed the news and said this move, if successful, will still not be enough if the Bank of Ghana Governor remains in office.

He believes Dr. Addison is equally incompetent and should step aside.